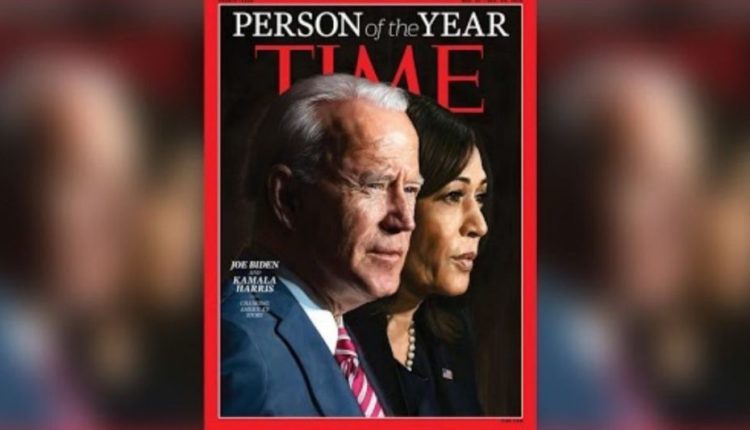 Biden and Harris combined for a historic victory over incumbent Donald Trump and Mike Pence in the 2020 presidential election. Biden garnered the most votes in American history, while Harris became the first woman, Black woman and person of South Asian descent to be elected Vice President.

TIME’s cover has a picture of 78-year-old Biden – who beat incumbent Trump in last month’s presidential election by 306 electoral college votes to 232 — and Harris, 56, with the subtitle ‘Changing America’s story.’

“For changing American story, for showing that forces of empathy are greater than the furies of division, for sharing a vision of healing in a grieving world, Biden and Harris are TIME’s 2020 Person of the Year,” TIME editor-in-chief Edward Felsenthal wrote.