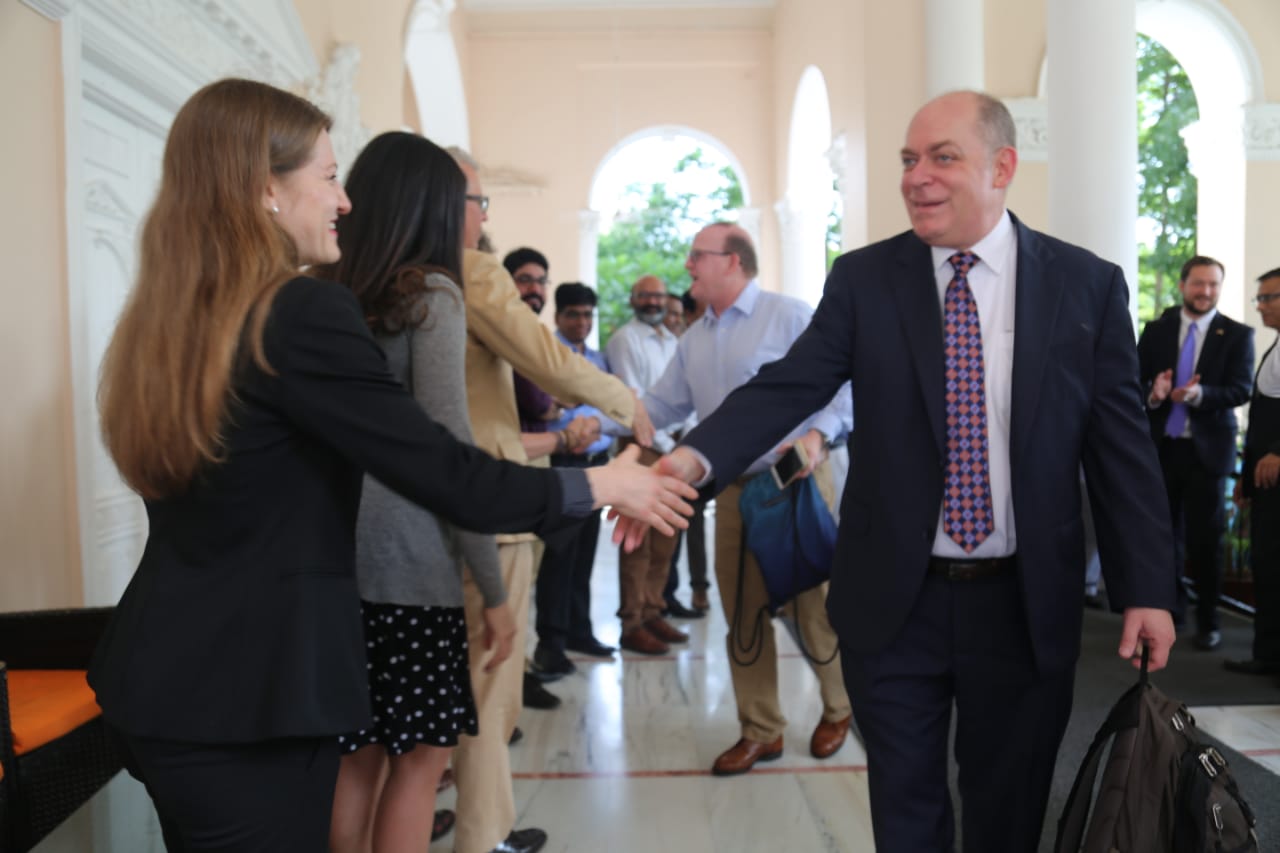 Hyderabad: Joel Reifman took over as U.S. Consul General in Hyderabad on Tuesday. Reifman served as Deputy Chief of Mission at the U.S. Embassy in Dhaka, Bangladesh before this. His assignments at the State Department in Washington D.C. include Senior Liaison in the Bureau of Intelligence and Research and Deputy Director of the Office of Aviation Negotiations in the Bureau of Economic and Business Affairs.

“It feels wonderful to have arrived in Hyderabad as U.S. Consul General, I’m already experiencing the warmth and hospitality for which this region of India is so fittingly famous,” commented Consul General Reifman. “The U.S.-India partnership is strong, especially in this region, and we are proud to collaborate with the people of Telangana, Andhra Pradesh and Odisha on a range of issues that are important to both our countries, from U.S.-India industry and defense ties, to entrepreneurship, to women’s empowerment. I look forward to building on the work of my predecessors and making continued progress together with our fantastic team at the Consulate.”

Before joining the State Department, Reifman served as an Assistant Staff Judge Advocate in the U.S. Air Force.

ITC Not To Acquire Stake In Cafe Coffee Day