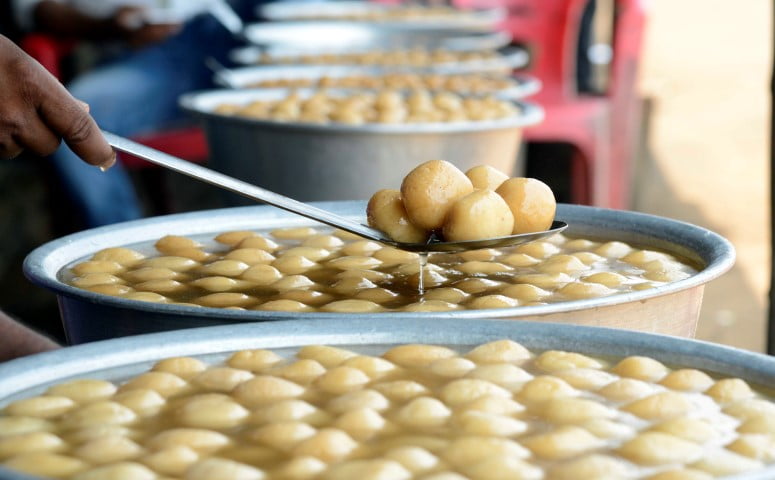 I admire Vir Sanghvi’s writing for its centrality. He is never pungent, acrimonious or strident in his views, always choosing a middle path. That in itself is a rare art.

In the write up, ‘Rude Food by Vir Sanghvi: Why fight over food’, I agree when he points out the silliness of governments throwing their hats into the rings to battle over rasagola. But in other parts of India, barring Odisha and Bengal, one wouldn’t find an institutional litigation (bordering on that). That’s probably because the civil society and market have taken over food outreach.

In Odisha, specifically, food is unbelievably an emotional aspect of day-to-day life. That explains the Lord of the land, Jagannath, being called Anna Brahma. The Lord who eats in Puri – His chosen place for His buffet. And that sets the argument for the age of rasagola and its birth in Odisha. If milk splitting was introduced by the Portuguese and if the derivatives later on had foreign influence, then how is it ‘original’ to Bengal? Governments, supported by the civil society, are bound to be troublesome meddlers.

I agree that it is a silly topic to wage a conflict, but it is not silly enough to be shirked either. Food is extremely important to our culture and so is the case with many countries and civilisations. Food is gradually playing a major role in all walks of life. It has become an identity. What’s wrong if we choose food to be our identity? We, in Odisha are ‘meant’ to be foodies.

Since he has not dwelt much on the rasagola argument, I would not redirect the discussion to the tenets of the battle. But in the process of establishing rasagola’s origin (through DNA tests), we could unravel many other interesting facets (allied or conjoined stories) of life, culture and history of those times.

This generation Z (Born after 1995) are exposed to mind boggling varieties in food, both online and offline. They are swamped. If we don’t remind them of their ‘own’ food, who would? And there is no jingoism in doing that. Like Japanese sushi, Chinese chowmein, Greek salad, Italian pasta, the Indian rasagola has already assumed the stamp and endorsement of India. Besides chena poda, pithas, chuda ghasa, dahibara aludam, kakara and many more are our marquee contribution to the Indian spread.

Who knows from which Japanese province, did sushi originate? But the place of origin would always remain so, if not obliterated from written and ratified history. Identity has multiple layers – intra & inter, national.

I, for one, would prefer to be doltish while reminding the planet about the unparalleled rasagola, born out of divinity and culinary endowment, in Odisha.
Ludicrously unrepentant.

Disclaimer: (The views expressed in the articles are that of the writer and do not necessarily reflect that of the web portal)