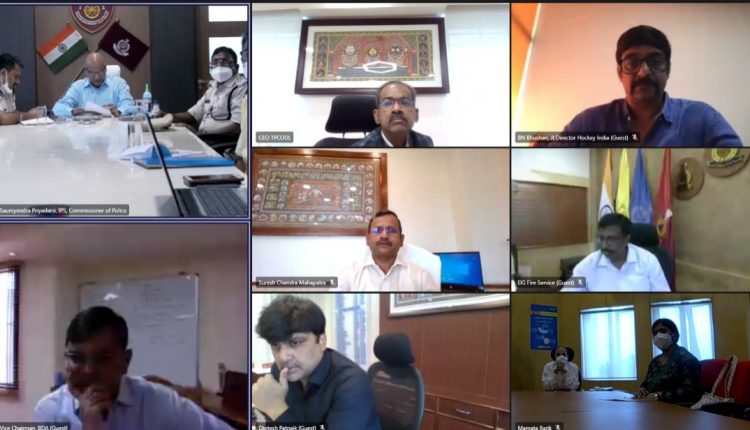 Bhubaneswar: With the date for Junior Men’s Hockey World Cup, 2021 closing in, chief secretary Suresh Chandra Mahapatra on Wednesday directed the departments concerned to complete all the arrangements before time.

Reviewing the preparations at a high-level meeting, here on digital mode, Mahapatra took stock of the progress made by the departments of works, IDCO, police, fire service, health & family welfare, handloom and textiles, tourism, housing and urban development and energy. He directed to ensure seamless live telecast and display on large screens of BMC in the city.

Participating in the meeting, secretary, Sports and Youth Services Veneel Krishna said the grand sports event will be held for 12 days from November 24 to December 5 at Kalinga Stadium, Bhubaneswar. Top 16 teams of the world would participate in the event.

In view of the COVID protocols, spectators would not be allowed inside the stadium.