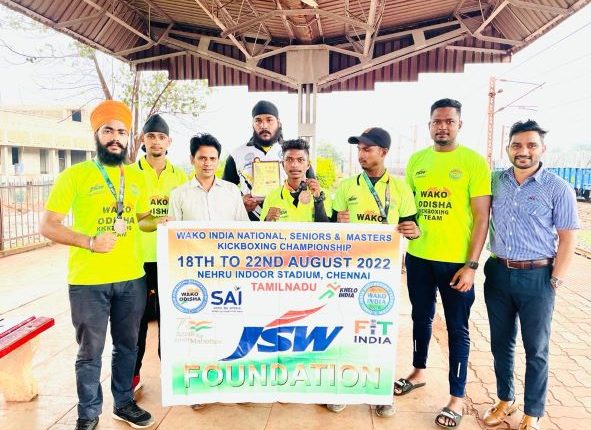 Sponsored by JSW Foundation, the trio of Ashish Rout, Jaspreet Singh, Budhuram Munda, did their district proud by winning a gold and three bronze medals.

While Ashish claimed gold, Jaspreet took home a pair of bronze while Budhuram got a bronze under the guidance of Manjit Singh, head coach of WAKO Odisha and general secretary of Sports Kickboxing Association, Keonjhar district.

The Keonjhar quintet was among 40 kickboxers from Odisha to contest in the championship. In all, Odisha kickboxers clinched 31 medals.

“I express my gratitude to my coach and JSW for enormous support. The competition was tough but I made my way through,” said Ashish.

Expressing satisfaction with his wards’ performance, coach Manjit said: “It is indeed a proud moment for me and the Sports Kickboxing Association of Keonjhar district to see five talented kickboxers represent the district in national championship.”

Manjit also thanked sponsors JSW, and said he was confident that the kickboxers will bring laurels to the state if the support continues.

Around 1150 kickboxers from 26 states took part in the championship.