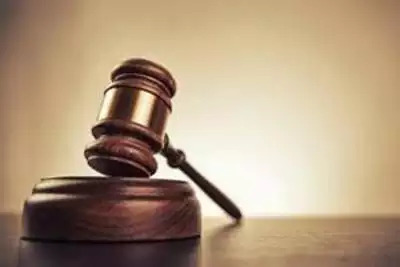 Kochi: The anticipatory bail granted to author and social activist Civic Chandran in a sexual assault case has been cancelled.

Giving its judgment, the Kerala High Court observed on Wednesday that the sessions court judge’s observation while granting bail earlier cannot be justified.

Significantly, sessions court judge S Krishnakumar – who had said sexual harassment will not prima facie stand when the woman (complainant) was wearing “sexually provocative dress” — has been transferred to the labour court in Kollam by the high court registrar general.

The high court single bench of Justice Kauser Edappagath, however, directed the police not to arrest the 74-year-old Chandran immediately, considering his age. The court will examine all records pertaining to the case.

Krishnakumar’s observations, while granting bail to Chandran in not one but two cases, had triggered widespread outrage across the country. The state government moved high court last week to get the bail order overturned.

Chandran faced two sexual assault cases. In April, a female writer alleged that Chandran made sexual advances towards her at a writers’ conference held at Nandi beach in February 2020. Police registered case against Chandran under Sections 354 (A) (sexual harassment), 341 (wrongful restraint) and 354 (outraging the modesty of a woman) of the Indian Penal Code (IPC).

After the accused moved court for anticipatory bail, sessions court granted him bail on August 12.

The second case was filed by a Dalit writer, who contended that while granting bail to the accused, the lower court had made “some illegal references and observations.”

Biju Patnaik Sports Awards: Journalist To Get Honour After 5 Years