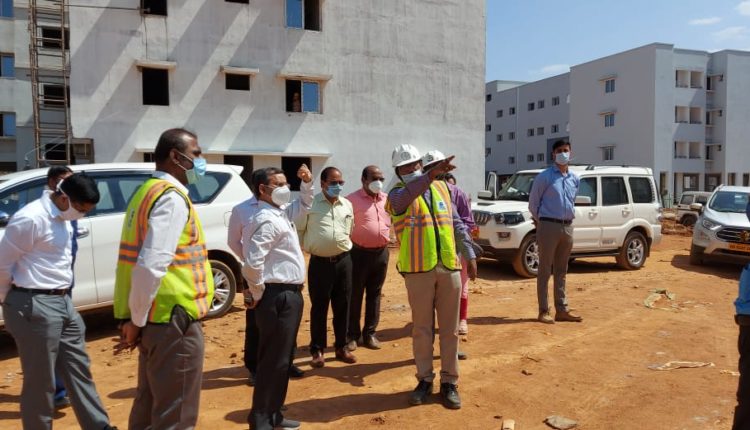 Keonjhar: Development of National Highway and renovation works in Keonjhar district will be completed by June this year, said Chief Secretary Suresh Chandra Mahapatra on Sunday.

Mahapatra reviewed the implementation of ongoing developmental works in Keonjhar with collector and officers concerned during his two-day visit to the district.

Briefing mediapersons Mahapatra said the timeline has been fixed for the completion of Belabahali bridge and four-laning of NH between Panikoili and Koida and the incomplete works for repair, maintenance and rectification works at 21 places along the NH by June.

Mahapatra also said the Kanpur irrigation project will be completed within two-and-half years with the construction of a check dam.

He further said the National Highway Authority of India (NHAI) has been awarded the tender for construction of a bridge over the Baitarani river which will be completed within 18 months.

Referring to the ongoing construction of the medical college and hospital in the district, the Chief Secretary said it will start functioning from the next academic session. “As efforts are on to complete construction work of the hospital within six months, the state government will apply for the certificate from the National Medical Commission (NMC) very soon.

Stating that the piped drinking water project in the rural and urban pockets in the district is going as per the schedule, he said construction of some other infrastructures like a flyover in Joda and a ring road in Barbil are going on and they will be completed in the prescribed timeline.

The Chief Secretary also informed that the construction of roads under the Odisha Mineral Bearing Area Development Corporation (OMBADC) and the District Mineral Foundation (DMF) is underway jointly by the Rural Development Department and Works Department.

“I have asked the collectors to have a weekly and fortnight review of the aforesaid projects and I will review the works in the district in every 2-3 months,” he added.

Vaccine Jab For Elderly & Persons With Comorbidities: Carry These Papers To Take The Jab