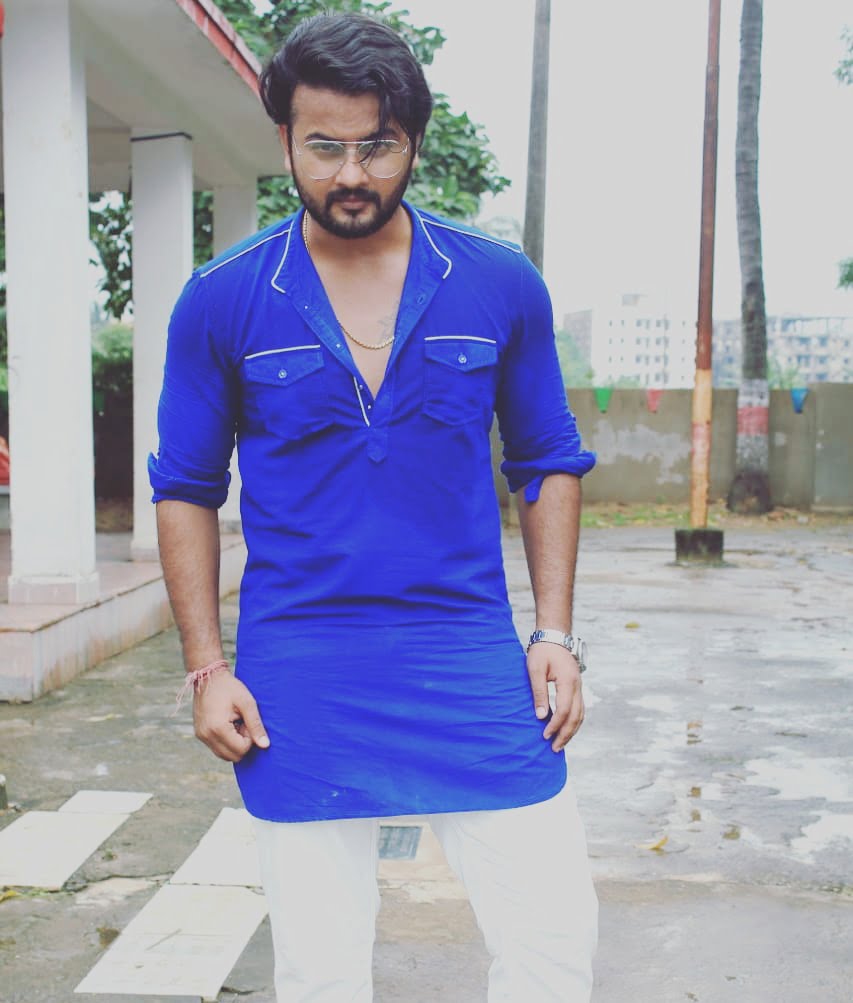 Bhubaneswar: It took Jyoti Ranjan Nayak a few films to prove his potential as an actor in the Odia cine industry. With a number of films under his belt, Jyoti is upbeat about his upcoming release ‘Saathi Tu Pheria’.

After the post production work, the film is slated to hit theatres on November 23.

This time, Jyoti will be seen romancing Anubha Sourya, a new screen pair for cine lovers. Produced under the banner of Sai Sraddha Studio, the film has been directed by Sudhakar Vasant and the music is by Prem Anand.

“The story line focuses on the mother-son relationship. I am glad to have got an opportunity to work on a relatable topic. This will be an eye-opener for youngsters who neglect their parents once they themselves get settled in life,” said Jyoti, who started his career after winning a reality show.

Excited about his new look, Jyoti said, “The audience will see me in a different hairstyle and get-up altogether. I am playing the role of a don. With a lot of fight sequences, I am sure people will love my power packed performance.”

“I have been fortunate to get a chance to work with talented heroines. Anubha is also a very talented actress and a known Odissi dancer. Working with her was comfortable and enjoyable,” said Jyoti, a gifted dancer as well.

‘Ole Ole Dil Bole’ opposite Jhilik was a turning point in his career, said the promising actor.

“I am happy about the good offers, which is because of my sheer hard work and audience
acceptance. My on-screen convincing  romantic scenes with Jhilik and Elina have made people believe it is real, which speaks about my commitment towards the character,” says Jyoti, whose films, ‘Tu Mo Suna Chadhei’, ‘Premare Rakhichi 100 Ru 100’ will hit theatres in the coming few months.