Jyoti Sunita Kullu, A Trailblazer Who Carved A Niche In Odisha Women’s Hockey

This Is The Fifth Of A Series Odisha Bytes Is Running On Hockey Greats From Odisha, Ahead Of The Upcoming FIH Men’s World Cup To Be Co-Hosted By Bhubaneswar & Rourkela 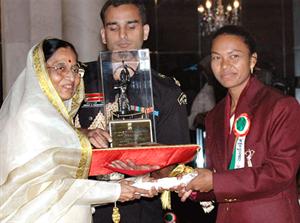 In a male-dominated sport, Jyoti Sunita Kullu dared to dream and carved a niche for herself in Odisha, and indeed, Indian women’s hockey.

Deep Grace Ekka may be a household name in Odisha now, but it was Jyoti who was the pathbreaker. She emerged from the shadows of Dilip Tirkeys, Lazrus Barlas and William Xalxos to show that women from Sundargarh could match the talent of men in hockey.

Interestingly, hockey wasn’t Jyoti’s first love. Born in Bagbura village of Sundargarh district’s Badgaon block on September 9, 1978, Jyoti was into athletics in school. It was the suggestion of her physical education teacher that convinced Jyoti to try out hockey.

She took to hockey like fish to water. At the age of 11, Jyoti got selected for Panposh Sports Hostel, Rourkela, and spent five good years which helped build her foundation.

In a career-defining breakthrough, Jyoti moved to Kapurthala Hockey Academy in Punjab, and was absorbed in Railway Coach Factory.

It wasn’t long before Jyoti made her international debut — at the Indira Gandhi Gold Cup in Delhi in 1996.

A centre-forward who also played on the left wing, Jyoti was an asset for the Indian team during an international career spanning 11 years and 179 international games.

After top-scoring with 5 goals in the 2002 Champions Challenge tournament in Johannesburg, Jyoti played a stellar role in India’s incredible gold-medal run in the Manchester Commonwealth Games later that year, top-scoring with 4 goals.

None gave the Indians a chance, after they sneaked into the knockout stage following sloppy performances in the group league stage. And when they trailed 0-3 in the quarterfinal against South Africa, it looked to be curtains for India.

But the Suraj Lata Devi-led team refused to give up and levelled scores, thanks to a brace from Jyoti. Suman’s golden goal in extra-time sealed a famous victory.

Jyoti scored in the semifinal win against New Zealand, too, but it was her goal against the Black Sticks in the group league stage that she fondly cherishes. Darting down the middle of the field, Jyoti dodged past five defenders before beating the goalkeeper.

Four years later, India went to Melbourne to defend the women’s hockey team gold, but just came up short. Jyoti and her teammates overcame New Zealand in the semifinal only to go down by an extra-time goal against Australia to settle for silver.

An Asian Games gold eluded Jyoti, but she has a silver (1998 Bangkok) and bronze (2006 Doha) to show off. While she contributed 3 goals in the Bangkok Asian Games, the Doha Games will be closer to her heart as she scored 5 times as captain and was flag-bearer at the opening ceremony.

Now 44 and still working at RCF, Jyoti spearheaded Railways’ Women’s National-winning campaigns in 2002, when she netted 9 to be highest scorer, and 2003 (7 goals including hattrick vs Haryana in semifinal).

It was only apt that a successful female sportsperson received her Arjuna award from India’s first woman President, Pratibha Patil.

It was a ‘great honour’ for her, though the first women’s hockey captain from Odisha felt she should have got it earlier.