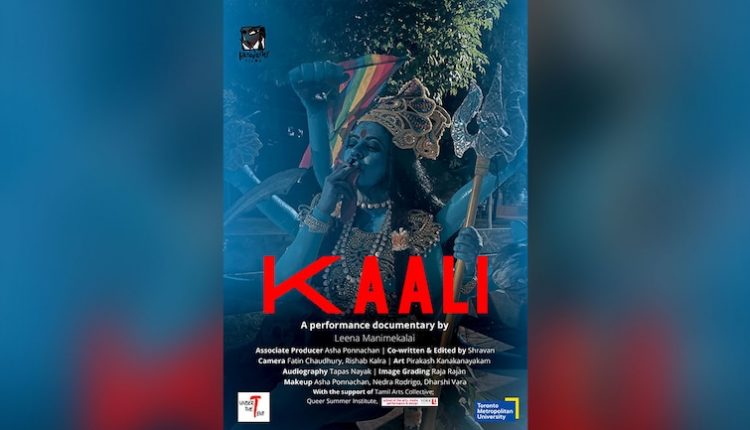 New Delhi: After the Indian High Commission in Canada sought the removal of ‘smoking Kaali’ poster by filmmaker Leena Manimekalai, the Aga Khan Museum on Tuesday issued a statement saying that they deeply regret the offence caused to the members of the Hindu and other faith communities by the social media post, India Today posted.

“The museum deeply regrets that one of the 18 short videos from ‘Under the Tent’ and its accompanying social media post have inadvertently caused offence to members of the Hindu and other faith communities,” the statement read.

The museum was hosting the works of students from diverse ethnic and cultural backgrounds under the project titled “Under the Tent” organised by the Toronto Metropolitan University.

“Toronto Metropolitan University’s project presentation was hosted at the Aga Khan Museum in the context of the Museum’s mission to foster intercultural understanding and dialogue through the arts. Respect for diverse religious expressions and faith communities forms an integral part of that mission,” the statement said.

The Indian High Commission in Canada on Monday had urged the Canadian authorities and the event organizers to withdraw “all such provocative material”.

In a statement, the High Commission said that they have received complaints from leaders of the Hindu community in Canada about the “disrespectful depiction of Hindu Gods on the poster of a film showcased as part of the ‘Under the Tent project at the Aga Khan Museum, Toronto.”

Meanwhile, the BJP has demanded TMC MP Mahua Moitra’s arrest for her comments on Goddess Kaali. Mahua Moitra on Tuesday said that Kaali, for her, was a meat-eating, alcohol-accepting goddess. Moitra said this while speaking at the India Today Conclave East 2022 and in response to a controversy over a documentary film poster showing Goddess Kaali smoking a cigarette.