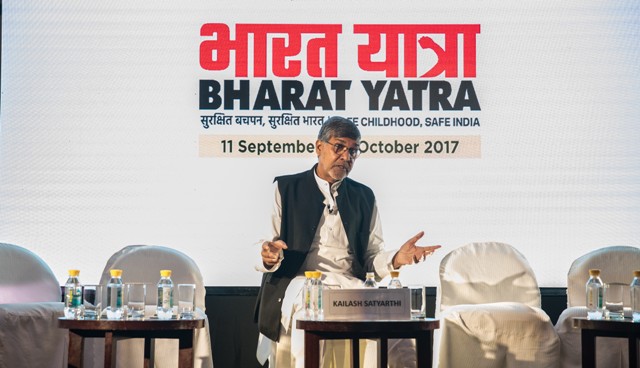 Bhubaneswar: The eastern leg of ‘Bharat Yatra’, a nationwide on-foot rally to create awareness for making India a country safe for children, to be launched by Nobel Peace Laureate Kailash Satyarthi in Guwahati will pass through the state capital on September 26.
Satyarthi along with his 100-member team will be participating in the campaign to be flagged off from Kanyakumari on September 11.
This was declared by Kailash Satyarthi Children Foundation at a press meet here on Friday.
The rally, passing through Cuttack, Angul, Sambalpur, Bilaspur and Bhopal, will culminate in New Delhi on October 16.
Talking to media, Parichay Foundation founder Rosalin Patsani Mishra said several social organisations, activists, sportspersons, youngsters and students will join the yatra to protest against child abuse and child trafficking. The rally in the city will begin from Kalinga Stadium, where more than 10,000 people are expected to participate, Mishra added.