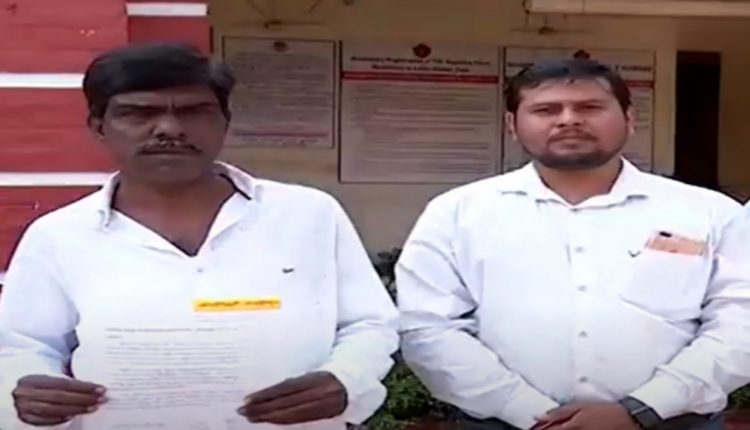 Bhubaneswar: The activists of Kalinga Sena on Monday filed an FIR against Shah Rukh Khan’s ‘Pathaan’ two days ahead of its release.

According to sources, the FIR was lodged at Capital Police station demanding steps to stop release of the movie in theatres on January 25.

The activists claimed that the songs and dances of the movie crossed the boundary of obscenity and said that it may put a wrong impact on children.

They have urged the authorities of movie halls and audiences to boycott the film. “Kalinga Sena strongly opposes Pathaan being released in theatres.  One cannot watch Pathaan with family and friends at theatres. However, if the owners of movie halls decide to run the movie on January 25, they should ensure deletion of all obscene clips else the situation may become worse on the spot,” an activist told media.

It is pertinent to mention here that the film, part of Rash Raj Film’s spy universe, is being released in Hindi, as well as Telugu and Tamil-dubbed versions.

The extremely high level of interest can be attributed to ‘Pathaan’ being Shah Rukh’s first major film role in over four years as well as the controversy generated over its song ‘Besharam Rang’.

Politicians and right-wing organisations objected to Deepika’s saffron outfit and other ‘objectionable’ scenes, demanding its ban unless those were rectified.

‘Pathaan’ will be finally released after Central Board of Film Certification (CBFC) ordered multiple cuts and edits. The film’s runtime is 2 hours, and 26 minutes.