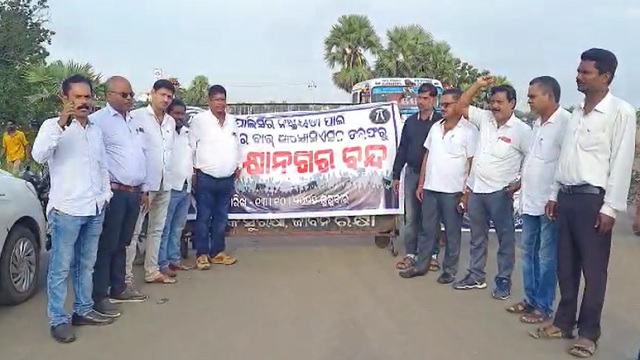 Dhenkanal: Normal life was disrupted at Kamakhyanagar in Odisha’s Dhenkanal district on Thursday due to a dawn-to-dusk shutdown observed by lawyers protesting attack on a colleague.

The 12-hour bandh, called by Kamakhyanagar Bar Association, started at 6 AM and will continue till 6 PM in the evening.

While vehicular traffic came to a grinding halt during the bandh, shops, business establishments, schools, colleges, banks and other public and private institutions remained closed.

The bandh was called in protest against a brutal attack on a senior advocate Sasadhar Mohanty by some miscreants in a restaurant on September 28. Mohanty sustained grievous injuries and is now fighting for life in a private hospital’s ICU in Cuttack in a critical condition.

It has been alleged that no action was taken by Kamakhyanagar police regarding the incident.

“It has been 15 days since miscreants attacked the senior lawyer but police have not yet taken action in the matter. We have been forced to resort to a 12-hour bandh. If the culprits are not arrested soon, we will further intensify our protest,” advocate Birabara Panigrahi told media.

Malkangiri Airport In South Odisha To Be Ready By December 2023!