Kamala Pujari Made To Dance Inside ICU In Cuttack: Attendant Appears Before Sub-Collector 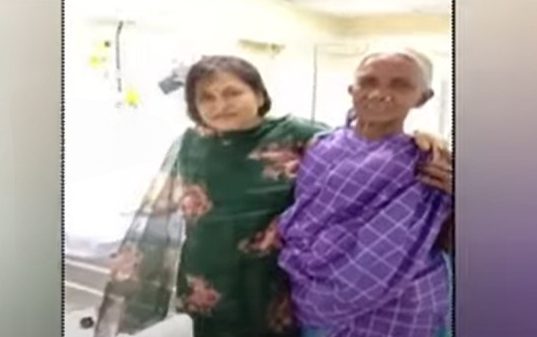 Cuttack: A day after the Koraput district administration issued notices to two persons for personal appearance over Padma awardee Kamala Pujari being allegedly “forced to dance” inside the ICU of SCB Medical College & Hospital in Cuttack, her attendant at the hospital, Rajeeb Hial, appeared before the Jeypore Sub-Collector on Tuesday.

Social worker Mamata Behera, who allegedly forced her to dance inside the hospital’s ICU and was also served notice, did not appear before the Jeypore Sub-Collector but submitted a written response. Both Hial and Mamata defended themselves.

The incident came to the fore after a video of Kamala Pujari being “forced to dance” allegedly by Mamata went viral on August 29.

Earlier, a committee formed by the SCB Medical College and Hospital to probe the incident submitted its report. The panel headed by medicine department HOD Prof Jayant Panda observed that Kamala Pujari was kept in a special cabin in the hospital’s ICU.

Mamata allegedly introduced herself as Kamala Pujari’s friend to the hospital staff in the presence of her and her attendants, the report said, adding that for this reason she was allowed to stay in the special cabin.

The incident has created a state-wide hue and cry with the Paraja tribe, to which Kamala Pujari belongs, and the Bhumia tribe strongly condemning the incident. They have demanded action and warned of agitations.

“I was not feeling well and was forced to dance. I repeatedly denied, but she did not listen. I was sick and tired after the dance,” Kamala Pujari had told mediapersons after being discharged from hospital.

Suresh Raina Announces Retirement From ‘All Formats Of Cricket’