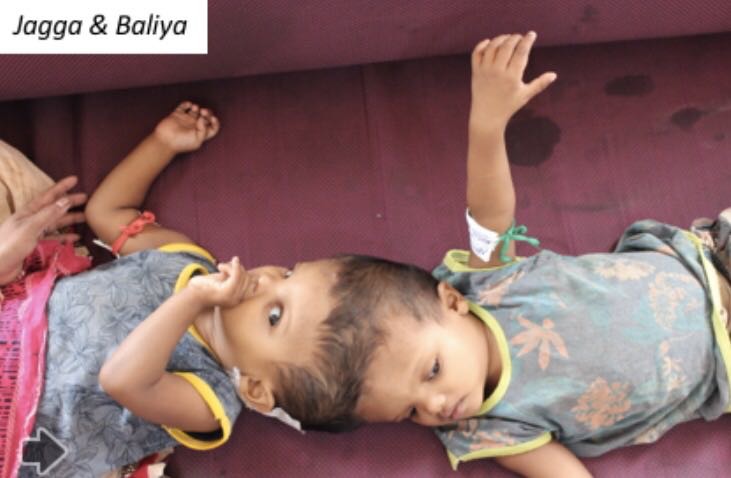 Bhubaneswar/New Delhi: The Kandhamal conjoined twins, Honey and Singh, were taken off the ventilator and shifted to the ICU of AIIMS-New Delhi, where they are undergoing a separation surgery, on Wednesday.
The team of 40 surgeons of AIIMS conducted the venous bypass surgery on Monday to separate the veins shared by the twins that return blood to the heart from the brain, using a new bypass technique. They were kept on ventilator after the 20-hour surgery.

“The surgery was smooth and there was no major blood loss or intra-operative problem. Both the kids are united at the head as before from outside, however, a significant portion of their brain has been separated,” said Dr Deepak Gupta, paediatric neurosurgeon who led the team.
AIIMS Neurosurgery Department head Dr. Ashok Mahapatra said the kids are in stable condition. “Almost 60 per cent of the first phase operation is complete. The twins can have food after 2-3 days. The second phase of the multistage surgical operation would be held after one or two months depending on the condition of the duo,” he said.
The twins require one to two more operations within three months for final separation and will be kept under observation till then, Gupta added.
AIIMS New DelhiKandhamal conjoined twins
Share FacebookTwitterGoogle+ReddItWhatsAppPinterestEmail

Govt to merge 1603 UP schools with high schools