Bhubaneswar: Kangana Ranaut and controversies always go hand in hand. She is often seen sticking her neck out, sharing her opinion on things and topics she believes she should speak on and making controversial statements. The national award-winning actress is celebrating her birthday on Tuesday, March 23.

When Brihanmumbai Municipal Corporation (BMC) crew tore down Kangana’s office in Mumbai on the grounds of illegal construction, she stated to “expose” CM Uddhav Thackeray and top film director Karan Johar, whom she has accused of collusion. The case had escalated quickly and she was provided 24-hour security during those days while the Mumbai High Court ordered a stay on the demolition.

Come Udhav Thakeray and Karan Johar Gang you broke my work place come now break my house then break my face and body, I want world to see clearly what you anyway do underhand, whether I live or die I will expose you regardless 🙂

Kangana alleged that mostly B-Town celebs are involved in drug use, which she brought to everyone’s attention via tweets in the past. “I specifically mentioned most high profile parties and inner circle of hugely successful stars, I have no doubt that people like you have never been invited to those parties cos these drugs are expensive, 99 per cent superstars have been exposed to hard drugs and I guarantee this,” she had tweeted.

Her allegations about Bollywood’s dependence on drugs are linked to the Sushant Singh Rajput case. The actor died by suicide in his Mumbai residence on June 14.

I request Ranveer Singh, Ranbir Kapoor, Ayan Mukerji, Vicky Kaushik to give their blood samples for drug test, there are rumours that they are cocaine addicts, I want them to bust these rumours, these young men can inspire millions if they present clean samples @PMOIndia 🙏 https://t.co/L9A7AeVqFr

Likewise, she has movie controversies under her belt too.

Kangana rode high on the success of her movie Manikarnika: The Queen of Jhansi.
Not only did the movie earn rave reviews but set the cash registers ringing at the box office as well. But the movie had sordid controversies surrounding it from the outset. Starting from Sonu Sood’s exit from the film to her issues with the director and then finally the war with Karni Sena, Kangana played with fire at every stage of the movie’s making and even after that. 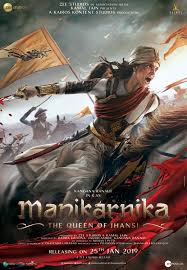 National Award-winning filmmaker Apurva Asrani had a tiff with Kangana over writing credits for the crime comedy Simran. Apurva accused director Hansal Mehta of introducing changes in the script without telling him and giving credit to Kangana for some ideas that were actually his. 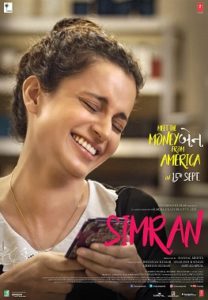 Talking about the love life, Kangana has her own opinion:

Kangana’s love life could easily be the subject of a Bollywood blockbuster. From an ugly breakup with Aditya Pancholi which caused tension in his marital life and allegations of abuse and black magic by then-boyfriend Adhyayan Suman to allegations of harassment and cyber-stalking by Hrithik Roshan and a relationship with English doctor Nicholas Lafferty that was dubbed fictitious by the media, Kangana Ranaut has even gone through that.

Accidents On Film Sets: Alec Baldwin Incident Not The First; Here Are Other Such…

India’s Entry For Oscars 2022: Bollywood Misses Out, Check Which Film Got The Nod

Court Orders FIR To Be Filed Against Kangana For…