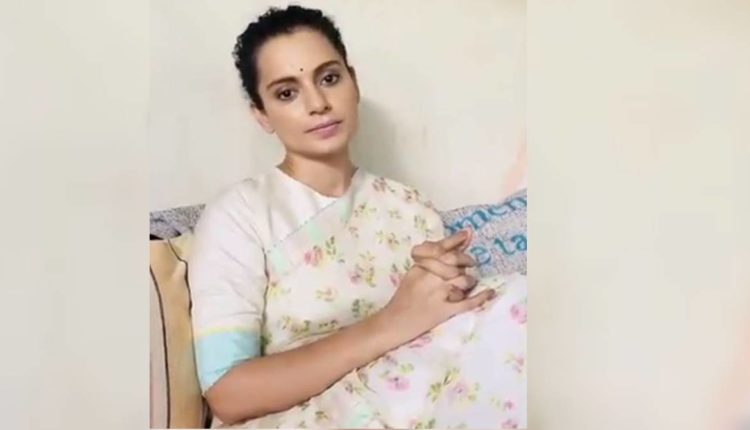 Bhubaneswar: Kangana Ranaut could not have expected a better gift on the eve of her birthday (March 22). The 67th National Film Awards announcement brought much cheer to her as she added another feather to her cap having been adjudged the Best Actress for her films Manikarnika: The Queen of Jhansi and Panga.

Kangana has reached the second spot of bagging the most National Awards. She now has four of them in her kitty. Bollywood veteran Shabana Azmi, who has bagged five awards, is the actress with the most National Film Awards.

Over the years, Kangana Ranaut has given several hits namely Queen, Tanu Weds Manu, Fashion and Manikarnika: The Queen of Jhansi proving her prowess and shutting all criticisms coming her way.

In 2020, she was conferred with Padma Shri, the country’s fourth-highest civilian award.

Born in Bhambla, a small town in Himachal Pradesh, Kangana initially aspired to become a doctor at the insistence of her parents. Determined to build her own career, she relocated to Delhi at the age of sixteen and took up modelling for a brief period of time.

Here are a few lesser-known facts about her: