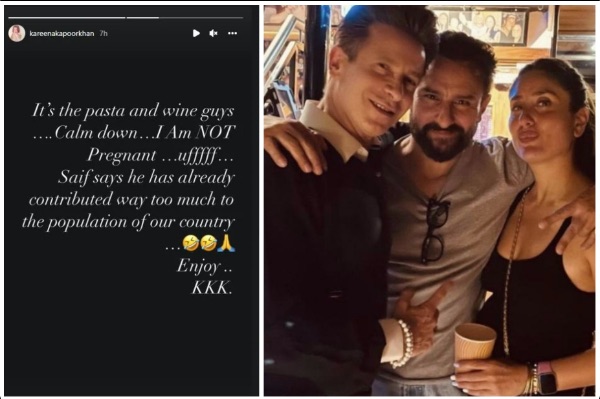 Bhubaneswar: Kareena Kapoor Khan took a hilarious dig at husband Saif Ali Khan while responding to rumours about her third pregnancy on her Instagram account.

While attributing ‘pasta and wine’ that she has had of late to her supposed ‘baby bump’, which caught everyone’s attention after a picture of Bebo and Saif posing for the lens with a fan on their recent trip went viral, she said that her husband has already contributed too much to the population of our country.

She wrote, “It’s the pasta and wine guys…calm down…I am not pregnant.. uff….Saif says he has already contributed way too much to the population of our country…enjoy…KKK.”

Kareena is currently vacationing with her husband Saif Ali Khan and sons Taimur and Jeh in Europe.