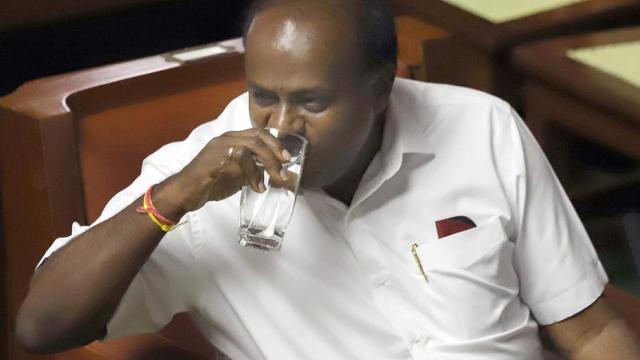 The inevitable has happened. After weeks of uncertainty, the coalition government in Karnataka collapsed on Tuesday, having failed the test of strength in the state assembly.

The Congress-Janata Dal Secular coalition led by HD Kumaraswamy gathered only 99 votes as against the BJP’s 105.

It may be recalled that 16 coalition legislators resigned and two Independents withdrew support to the government in the last few weeks. The trust was pending since then.