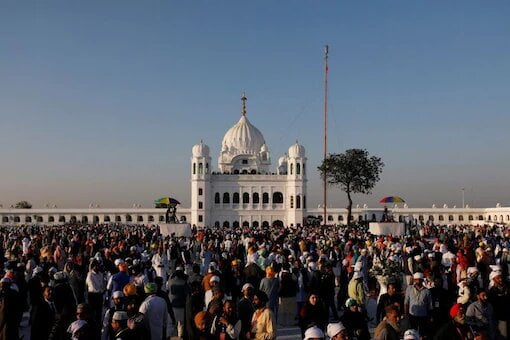 The reopening comes at the time of the upcoming Punjab Assembly elections, with the Bharatiya Janata Party and Aam Aadmi Party, and the Shiromani Akali Dal in fray with the ruling Congress.

A Sikh delegation had met the PM on Sunday and urged him to reopen the corridor.

The Sikh pilgrimage corridor, connecting the Darbar Singh Sahib Gurudwara in Pakistan from Dera Baba Nanak Sahib in Gurdaspur in Punjab, was closed since March 2020 due to the COVID-19 pandemic. It gives access to Sikh pilgrims to visit Gurudwara Darbar Sahib in Pakistan without a visa.

“In a major decision, that will benefit large numbers of Sikh pilgrims, PM @Narendramodi govt has decided to reopen the Kartarpur Sahib Corridor from tomorrow, Nov 17. This decision reflects the immense reverence of Modi govt towards Guru Nanak Dev Ji and our Sikh community,” Shah said in a tweet.

The Home Minister said: “The nation is all set to celebrate the Prakash Utsav of Shri Guru Nanak Dev ji on November 19, and I am sure that Modi government’s decision to reopen the Kartarpur Sahib corridor will further boost the joy and happiness across the country.”

Punjab Chief Minister Charanjit Singh Channi welcomed the move and said the state Cabinet would be part of the jatha which would visit the historic shrine in Pakistan on November 18.

The Centre’s decision to reopen the corridor was also applauded by several political parties, including the SAD, Congress, and AAP. SAD President Sukhbir Singh Badal and senior party member Manjinder Singh Sirsa expressed their delight at the government’s decision. On the other hand, Punjab Congress Chief Navjot Singh Sidhu described it as an “invaluable gift for Guru Nanak Dev devotees.”

Darbar Sahib is believed to be the final resting place of Guru Nanak Dev.

The foundation stone for the Kartarpur Sahib corridor was laid on November 26, 2018, and the corridor was completed on the 550th birth anniversary of the Sikh Guru in 2019.

The Kartarpur Sahib corridor was proposed by the then Prime Minister Atal Bihari Vajpayee in February 1999, when he took a bus ride to Lahore during a peace initiative with Pakistan.

A year later, Pakistan agreed to build a bridge from the Indian side of the border to the shrine, allowing Sikh pilgrims from India to visit the shrine visa-free (and without a passport).

India signed the Kartarpur corridor agreement with Pakistan on October 24, 2019. Under the pact, Indian pilgrims of all faiths are allowed to undertake round the year visa-free travel through the 4.5-km-long passage. In November 2019, Prime Minister Narendra Modi had inaugurated the dedicated corridor.