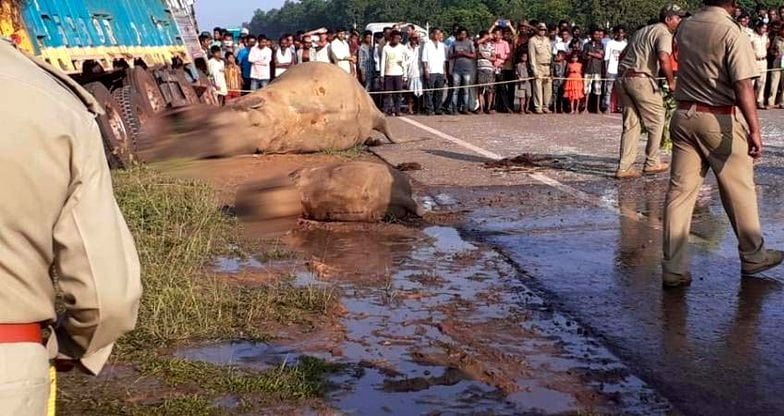 Keonjhar: Following the death of three elephants on NH-20 at Balijodi under Ghatagan Forest Range in Odisha’s Keonjhar district late on Wednesday, the Forest Department on arrested a driver of a private bus from Barbil town on Thursday afternoon.

Talking to mediapersons, Divisional Forest Officer (DFO) Keonjhar, Santosh Joshi said the three elephants died due to collision with a Barbil-bound private bus ‘Airabat’ from Cuttack. “We came to know about the incident after examining footage from the CCTV installed in a nearby place. After identifying the bus from the CCTV footage, we went to Barbil and seized the bus from a garage and arrested the driver,” he added.

The DFO said that a herd of 10 elephants was crossing the National Highway at Balijodi late in the night when the private bus hit them, killing a female elephant and a calf on the spot. Another female elephant who sustained grievous injury died later while undergoing treatment by the veterinary team of Anandpur Animal Husbandry.

He also said that the driver of the private bus lost control of the vehicle after hitting the three elephants and collided with a truck coming from the opposite direction. As a result, the truck skidded from the road.