Keonjhar SP Announces Reward For Those Who Help Accident Victims 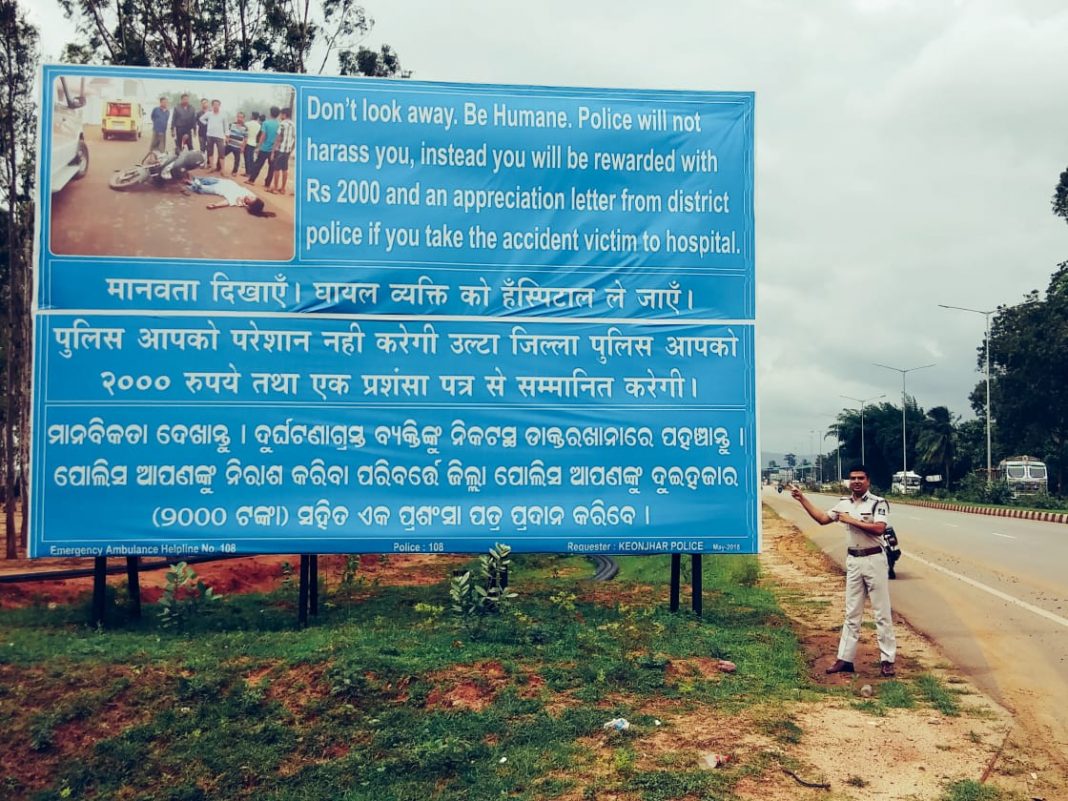 Anyone who helps take the accident victim to hospital will be rewarded with a certificate and Rs 2000.  Pankaj says he came up with the idea to take the fear of police away from the common people.

“It is a misconception. People believe that the police will harass them if they take an injured person to the hospital. The Supreme Court had also ordered that those who come forward to help should not be harassed in any form. Besides, the state government also has a reward scheme for such situations and people. The SP also has the power to reward anyone who helps a victim and we are more than happy to do so,” he said.

“Most of the people involved in fatal accidents are youngsters from middle and lower middle class families. Imagine how painful it must be for the members to lose a human resource as well,” Pankaj said.

This, however, is not a new step in Odisha. Pankaj had implemented the same during his tenure in Jagatsinghpur.

“Around 20 people were rewarded in Jagatsinghpur. There was a positive impact on the people there and many lives could be saved,” Pankaj added.

The fear of the police, Pankaj said, is prevalent since the colonial period. “No one wants a legal hassle but we cannot be so inhuman. Kindness never goes waste,” he added.

The good Samaritans who have been selected for the reward in Keonjhar will be honoured on August 15.