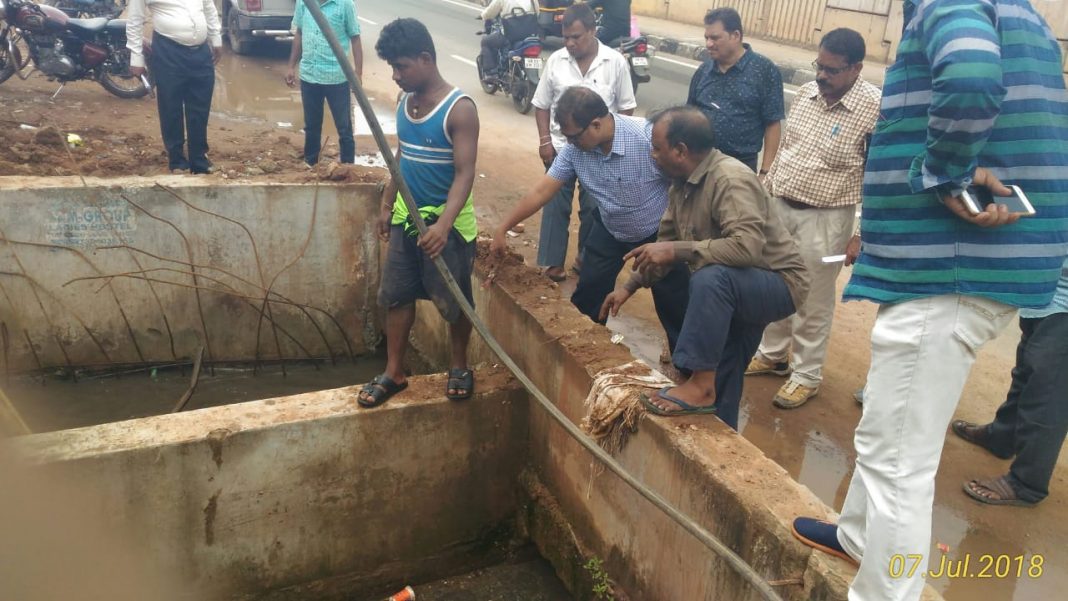 Bhubaneswar: To solve the waterlogging issue along the NH-16 service road near ISKCON Temple, Nayapalli, the join squad of Bhubaneswar Municipal Corporation (BMC) and Bhubaneswar Development Authority (BDA) is continuing its effort to clean the culvert and the adjoining cross drains in front of Krishna Tower and Harekrishna Khimji Jewellers.

The workers engaged in cleaning the siphon also used equipment to exert pressure and stirring effects so that the debris accumulated over the years got cleaned from underneath the siphon.  Stones, which were blocking the flow of drain water from passing through the cross drain were also removed.

“It was also decided to make the road alongside the drain from the NH service road to Behera Sahi straight as it is circuitous in nature, making the rain water clearance slow and problematic. In case of need, land will be acquired to make it straight,’’ said the BDA Enforcement Member.

Keonjhar SP Announces Reward For Those Who Help Accident Victims