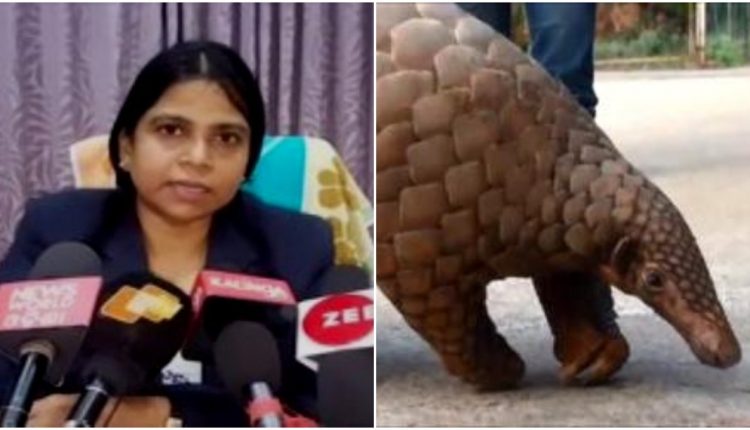 Informing the media on Friday, Divisional Forest Officer (DFO) of Athagarh, Sasmita Lenka said that Patra, a native of Nimasahi village in Kanapur block of Cuttack district, was arrested on the basis of information provided by two arrested members of the gang brought on remand.

“We have seized a mobile phone of Patra and taken out a video clipping about the mode of Pangolin smuggling which was sent to agents in different parts of the state. Apart from this, some old one-rupee, two-rupee and 25 paise coins and some old Rs 500 notes of 2001 and 2002 were recovered, ” the DFO added.

She further said that the video, which was recorded on December 2, shows a pangolin inside a sack with a Rs 10 note, and a piece of paper with some message written by Patra using code words. “From the video, we have come to know that the Rs 10 note kept inside the sack states that the weight of the Pangolin is 10 kg. We are trying to crack the code words used through the seized old coins for the smuggling of these endangered species,” the DFO pointed out.

Talking to the media in Bhubaneswar on Friday, Chief Wildlife Warden Harishankar Upadhyay said that since Pangolins can be carried in bags and sacks, he had asked the DFOs across the state to keep a close watch on the bus stands and railway stations and conduct surprise raid if necessary.

Sources in the Forest Department said 16 members of the racket have been arrested so far, and about 20 Pangolins smuggled out of Odisha.

Another Odisha Engineer In Vigilance Net