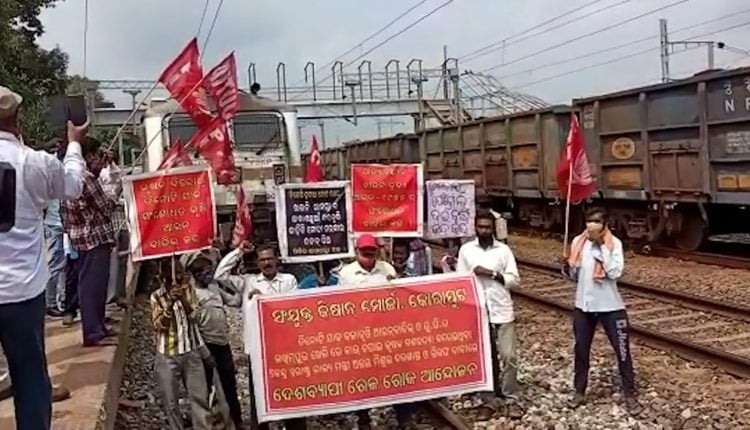 Jeypore: In response to the call of All-India Federation of Farmers to observe a six-hour rail-roko, the Koraput unit of Kisan Morcha on Monday launched an agitation at the railway station here from 10 am to 4 p.m.

As a consequence of the rail-roko, the Waltair-Kirandul train has been detained at Jeypore much to the inconvenience of tourists proceeding to Burra Caves and Araku Valley in the vicinity. The police and GRP personnel were deployed at the station to ensure that the agitators do not destroy railway property at the station.

Services of several other trains and goods vehicles were disrupted following the rail-roko stir.

The farmers’ federation has been agitating against the death of four persons, allegedly caused by a convoy of Union Minister of state Ajay Kumar Mishra, at Lakhipur in Uttar Pradesh and demanding the arrest of the minister’s son. The agitators have also been protesting the rise in prices of petrol and diesel and the three farm bills introduced by the Union government.

BPIA In Bhubaneswar To Be Developed Into World Class Green Airport