Khurda: Two days after the gruesome murder of an employee of a bar, on the outskirts of Khurda town, police on Thursday arrested the six accused.

Giving details to the media here, Khurda SP Ajay Pratap Swain said the six accused are builders and had no animosity with the deceased Amiya Barik, the employee of the bar near Batamangala temple near Khurda bypass and a resident of Upara Sahi in Khurda town.

“In fact, the accused had an altercation with the security guard at Padhi Bar over the parking of their BMW. They then went to a hardware shop in Khurda town, bought two knives and returned to the bar and murdered Barik. The spat had crushed their inflated ego and they wanted to teach him a lesson,” the SP added. 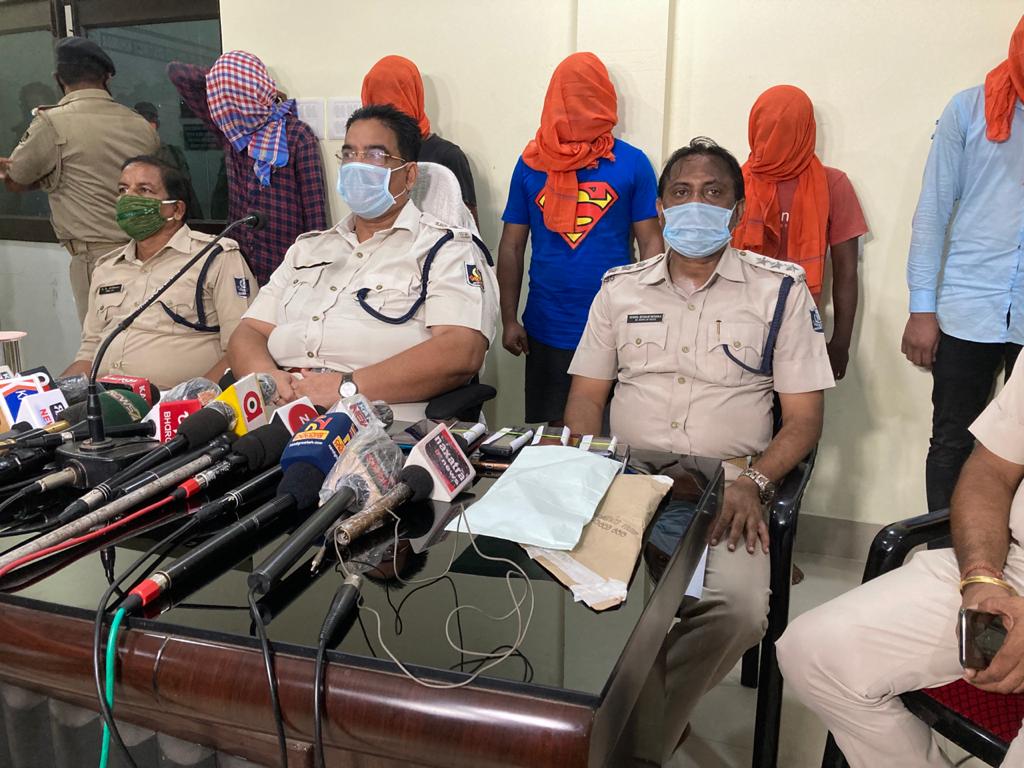 How The Investigation Began

Soon after the incident, the entire police of Khurda district including two additional SPs and Khurda Town IIC immediately began a manhunt with five special teams.

“We were ably assisted by the IIC of Nayapalli police station who provided the identity of the accused. Besides, during the tracking of the accused, I requested the Boudh SP, my batchmate, for assistance. Acting on my request, the Boudh police cordoned off the Chrichhak area for which the accused could not escape. Besides, the Nayagarh SP also directed all police stations in the district to remain on high alert at each entry and exit point. Finally, our efforts paid off after the Ranpur IIC informed about the location of the accused, and on the basis of his information, we arrested four accused who were hiding in the forest area on the outskirts of Ranpur. During the interrogation of the four accused, we got the know about the whereabouts of their two other associates who belong to Daleiput and Lokeshwarpur villages. On the same night, one special team went to Lokeshwarpur and another team led by the Sadar IIC went to Daleiput and arrested them,” Swain said. 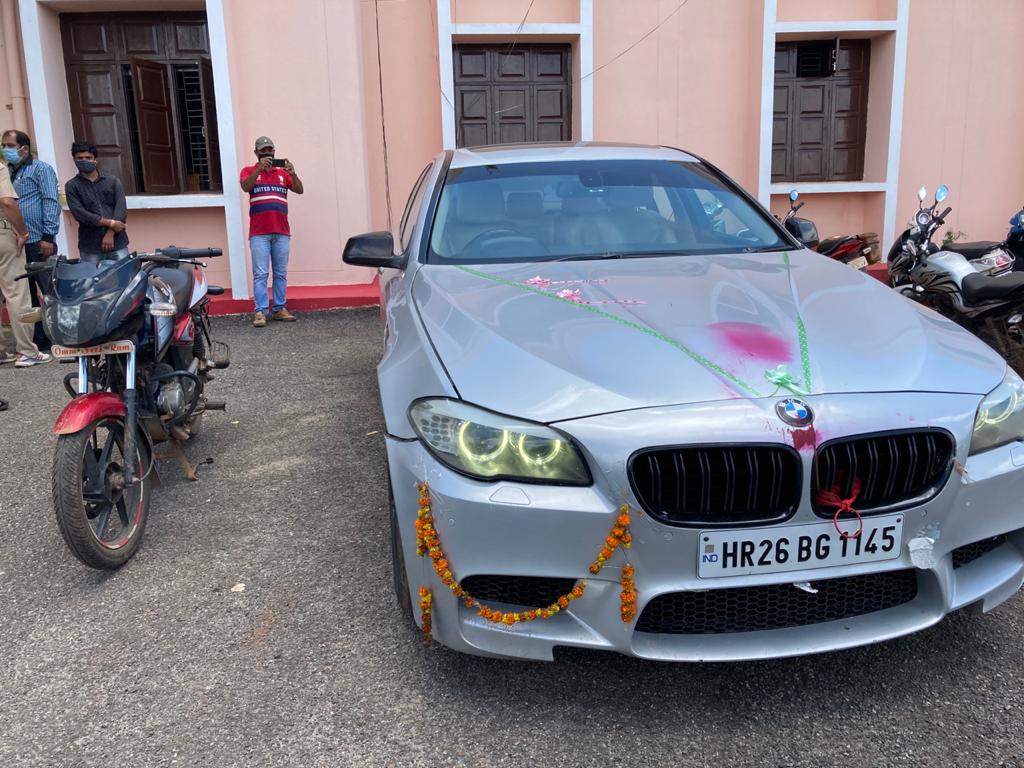 Talking about the criminal antecedents of the accused, the SP said while Mrutyunjay Nayak alias Miku is the prime accused, his brother Chiku and his associates are also involved in the murder case. “Miku and his family have constructed a house on an encroached land of about 10,000 sq ft area in Nayapalli area in Bhubaneswar. His entire family is engaged in real estate business and by illegal means, they have amassed huge properties. Apart from the BMW car (HR-26-BG-1145) seized from the forest area in Ranpur, we also found a couple of high-end cars like Audi from his house,” he added.

The SP further said that Miku and his family took to crime in 2012. “Miku and Chiku were involved in the much-talked-about murder of a youth in Bhubaneswar in 2014 for which Chiku is now in jail. The brothers had a long-drawn rivalry with the members of another gang who had murdered their father. From the day of the murder of his father, Miku had promised to become a don. He was recently jailed for stabbing a minor boy and after his release on bail, he got involved in a murder case at Nayapalli and the second in Khurda two days ago,” he informed.

The Next Course Of Action

The SP said police have seized a Pulsar bike and the blood-stained clothes, apart from the BMW car and two knives, from the accused. The clothes and the knives used in the murder will be sent to the State Forensic Lab to ascertain the complicity of these accused in the murder case.

“This apart, police will conduct a test identification (TI) parade to identify the accused. Two persons, who had witnessed the murder, will be brought to the police station to identify them. This is why the police have not divulged the details of the five accused except Miku,” the SP added.