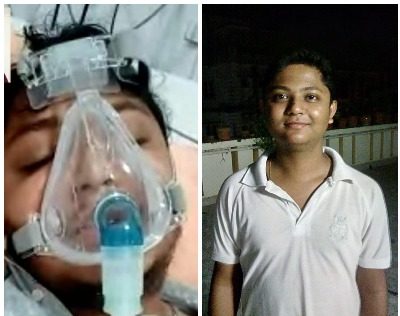 Bhubaneswar: Abhisekh Mohapatra of Odisha’s Bhadrak district, who has been undergoing ECMO treatment in Kolkata for over a month, has been showing signs of improvement, his mother Sasmita Mohapatra informed a local media on Wednesday.

The doctors have asked the family members to have patience as some patients take three months to recover completely, she said.

“He is unable to talk and trying to communicate with his eyes. I am unable to see him in pain and keep my composure,” she said.

Barely a month after his marriage, the 28-year-old had tested positive for COVID and he was admitted to Kalinga Hospital, Bhubaneswar, on May 18. He was shifted to the ICU on May 20. He was on 100 per cent oxygen support and suffering from pneumonia, following which his family appealed for funds.

The doctors have suggested ECMO support as the only course of treatment left with a near-certain lung transplant as the next step, the post by his brother on milaap.org said.

Abhishek was finally airlifted to Kolkata on June 7 after the family collected Rs.3,508,957 of Rs. 1 crore needed for the air ambulance and his treatment. They have so far raised Rs 62 lakh while around Rs 1.5 lakh is being spent on him a day.