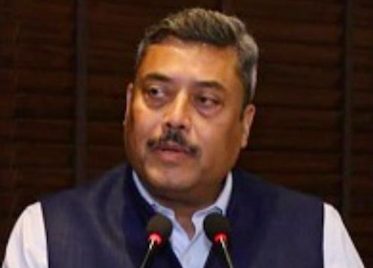 New Delhi: Odisha-born IRS officer Surjit Bhujabal has been appointed as the head of the Directorate General of GST Intelligence (DGGI), an apex intelligence organisation functioning under the Central Board of Indirect Taxes & Customs, Department of Revenue, Ministry of Finance.

He is the first Odia officer to be entrusted with the task of collection, collation and dissemination of intelligence relating to the evasion of Goods and Services Tax (GST) and duties of Central Excise and Service Tax on an all-India basis.

Bhujabal is the son of former Chief Secretary RK Bhujabal and the son-in-law of retired IGP Kulamani Deo.

The DGGI became a full-fledged Directorate in 1983, headed by a Director. In 1988, the Directorate was upgraded to Directorate General under a Director General.  It is the apex body for manifold tasks of tackling the menace of duty evasion. It develops intelligence, especially in new areas of tax evasion through its intelligence network across the country and disseminates such information, by issuing Modus Operandi Circulars and Alert Circulars to sensitize the field formations about the latest trends in duty evasion. Wherever found necessary, this Directorate General, on its own or in coordination with field formations, organizes operations to unearth evasion of GST, Central Excise Duty and Service Tax.

With the introduction of GST in 2017, the DGGI has been expanded and now comprises four offices of Director Generals (East, West North and South), 26 Zonal Units and 40 Regional Units.

Odisha: New Deadline For Fixing HSRP On Vehicles With Registration Number Ending With 1, 2, 3 & 4