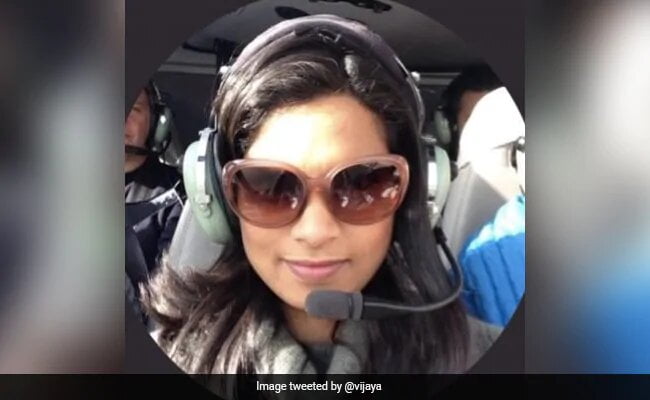 Washington: The person who spearheaded the decision to permanently suspend US President Donald Trump’s Twitter accounts is a 45-year-old immigrant from India and Twitter’s top lawyer, Vijaya Gadde, ANI reported.

On Friday, Donald Trump’s Twitter handles were blocked for encouraging and supporting rioters at the US Capitol.

“The account of @realDonaldTrump has been permanently suspended from Twitter due to the risk of further violence. We’ve also published our policy enforcement analysis–you can read more about our decision here,” Gadde, the company’s head of Legal, Policy and Trust and Safety issues said on Twitter.

Gadde was born in Indian. Her parents moved to the US when she was a child. She grew up in Texas, where her father worked as a chemical engineer on oil refineries in the Gulf of Mexico. The family then moved to the east coast, where Vijaya completed her high school in New Jersey, the report added.

Vijaya Gadde joined the social-media company in 2011. She is a graduate of Cornell University and New York University Law School and spent almost a decade at a Bay Area-based law firm working with tech startups, ANI said.

As reported in Fortune, Gadde was in the Oval Office when Twitter co-founder and chief executive officer Jack Dorsey met with US President Donald Trump last year and even joined Dorsey when he met Indian Prime Minister Narendra Modi in November 2018.