The premium sedan, which was recently discontinued, was priced starting at Rs 99 lakh ex-showroom and went up to Rs 1.1 crore for the top-end. The car that crashed had a 3.0-litre V6 diesel engine producing 301 BHP of power. It could do 0-100 kmph in 7.3 seconds. It has a top speed of 250 kmph.

Safety-wise, the car was loaded with 6 airbags, ABS, traction control and much more. However, experts have time and again pointed out that these safety features can’t protect individuals at dangerously high speed. 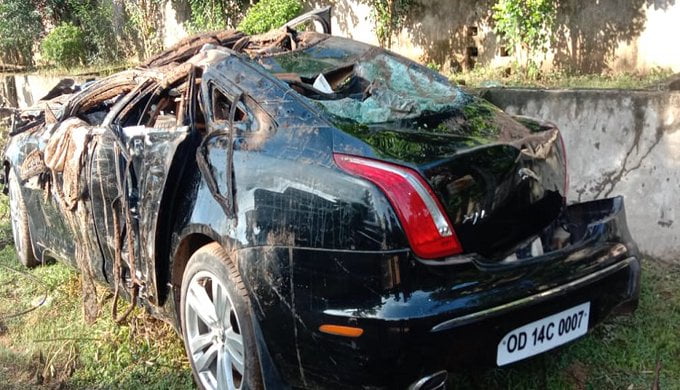 The particular car was registered in the name of one Kishore Kumar Swain and was purchased in 2013.

The car had fallen into a canal on NH-16 near Telengapentha. It is believed that the driver lost control because of high-speed driving.

Odisha is not unknown to high-speed car crashes involving luxury cars. In January, 2018, a BMW had crashed on the Konark-Puri Marine Drive killing one person and injuring four.

Webinar Raises Awareness On Conservation Of Birds Of Odisha’s Mahanadi

Audi Launches Its Most Affordable SUV Q2 In India

3 Of Family Killed Over Property Dispute In Odisha’s…