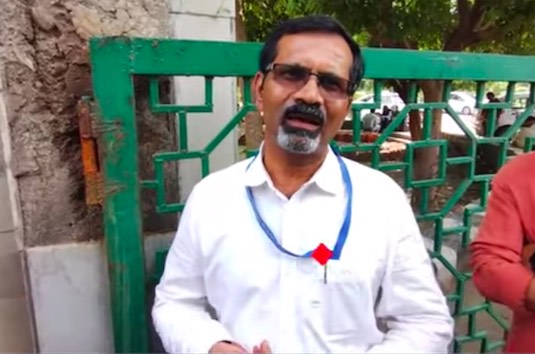 Bhubaneswar: Among the veterans in the demolition field, who joined hands to bring down Supertech twin towers – Apex (32 storeys) and Ceyane (29 storeys) – at Sector 93B of Noida, was Odisha’s Dr D P Kanungo, a chief scientist at Central Building Research Institute (CBRI).

As directed by the Supreme Court in 2021, the CBRI supervised the overall execution of the demolition of the twin towers.

A native of Chandola village under Derabish block in Kendrapada district, Kanungo is an expert in geo-hazard risk reduction and led a team, comprising structural engineers, geotechnical engineers, mining engineers and blast experts, in the demolition exercise. The Supreme Court also praised him and his team for ensuring the safety and least damage to peripheral property.

“Five scientists from CBRI and two from CIMFR were in the core team. Whereas three more persons from CBRI were in our team to help us in installing equipment,” Kangu told the media.

Talking about security measures, he said 13 layers of protections were in place to restrict the flying debris and reduce air over pressure. “We did a structural audit and strengthening of surrounding buildings and assured that the exercise is completed,” he said.

Ten black boxes were put up at different places in the twin towers to study the selectable demolition of structures in detail. “Hi-tech seismographs and black boxes, an electronic device to record sound in aircraft were among the equipment placed inside the twin towers during the demolition,” said Kanungo, who did his MTech and PhD degrees (engineering-geologist) from IIT-Roorkee and has been serving on the council of Scientific and Industrial Research and Central Building Research Institute (CSIR-CBRI) since 1994.

The black boxes were developed by CBRI scientist MM Dalbehera and used to record velocity, acceleration and rotation factors of building collapse during the demolition.

The CBRI was also instrumental in picking Mumbai-based Edifice Engineering and South Africa’s Jet Demolitions companies for the final execution of the twin towers’ demolition in a very safe way.

The twin towers, which were taller than the Qutub Minar, were razed to the ground at 2:30 pm on Sunday, nine years after residents went to court alleging violation of norms, using 3,700 kg of explosives.