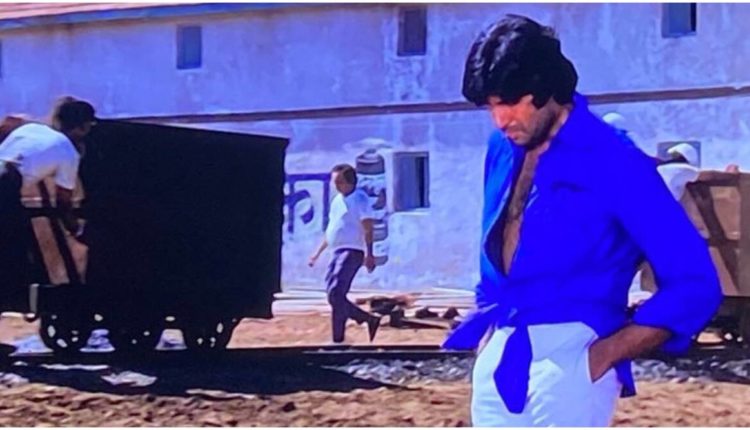 Mumbai: Amitabh Bachchan’s knotted denim blue shirt had become a rage after ‘Deewar’ released in 1975. There was not a young boy who could be seen without his shirt knotted at the waist a la Amitabh Bachchan.

On Monday night, the man himself went down memory lane remembering the first day of his shoot from ‘Deewar’ and revealed that the look was actually a result of a mistake made by the tailor who sewed his costume.

Bachchan shared a picture of himself on Instagram and wrote, “Those were the days my friend .. and the knotted shirt .. it has a story .. first day of shoot .. shot ready .. camera about to roll .. and the discovery that the shirt has been made too long – beyond the knees .. director could not wait for another shirt or a replaced actor .. so tied it up in a knot and …”

‘Deewar,’ which also had Shashi Kapoor, was directed by Yash Chopra. It had Parveen Babi and Neetu Singh as the female leads and Nirupa Roy in the role of the iconic mother.