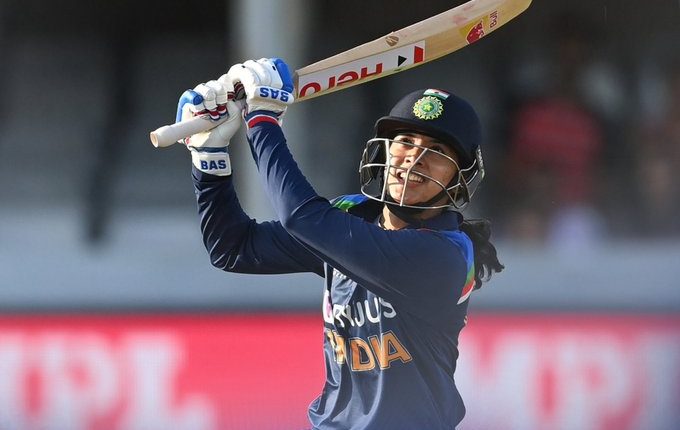 Bhubaneswar: With a patient knock of 86, which included 11 boundaries, opener Smriti Mandhana steered India to a competitive 274 for 7 against Australia in the second women’s ODI of the three-match series in Mackay on Friday.

Batting coach Shiv Sunder Das on Thursday had promised a different approach by scoring at least 60 runs during the powerplay to counter Australian bowlers. He had also backed the out-of-form Mandhana’s “ability to get the runs.”

This was her 19th half-century.Mandhana shared two crucial partnerships, 76 runs with Richa Ghosh (44) and 74 runs with Shafali Verma (22) before a catch at the point ended her innings.

It is the highest total scored against Australia since their 25-match winning streak started in 2018.

This is how the Twitterati celebrated her comeback.

Keep It Up Smriti Mandhana…!!!

What the fudge! ??
Why does this Girl always get out on 80’s and 90’s kya problem hai dost tujhe Smriti se??
Proud of you Smriti you made everyone proud, and fulfilled the expectations of the team and Skip! ???‍♀️