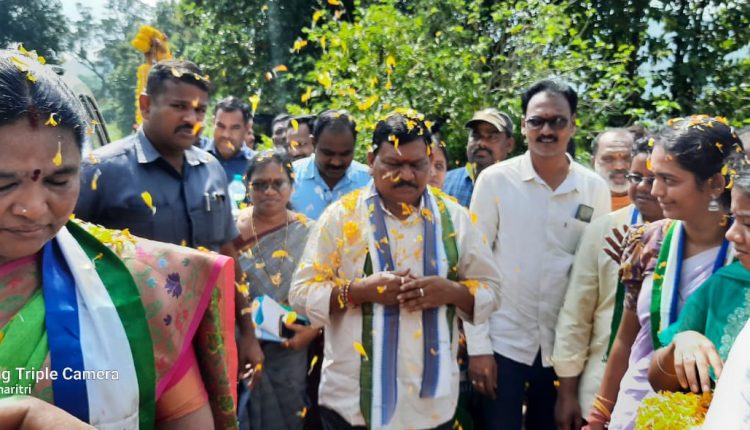 Dora, accompanied by the officials of Andhra government, arrived at a village under the panchayat on Odisha border. As per the arrangement made by the officials for his visit, he was accorded a grand welcome by the local people. The tribals, apparently under the influence of Andhra officials, took him in a procession amid showering of flowers, music and dance.

Speaking at a public meeting attended by hundreds of tribals, Dora spoke on various welfare schemes of Andhra government for the benefit of Kotia population. “Our government has been trying to ensure basic facilities and availability of essential items for the people of Kotia. We will continue our efforts in this regard for your benefits,” he said.

It may be noted that the Andhra government has time and again tried to win over the people of the panchayat by alluring them with different benefits.

The neighbouring state has also included Kotia in its different for its own welfare programmes. In April, it released the state’s map which included 28 villages under Kotia panchayat. These 12 villages along with 28 others were shown in Parvatipuram Manyam district.