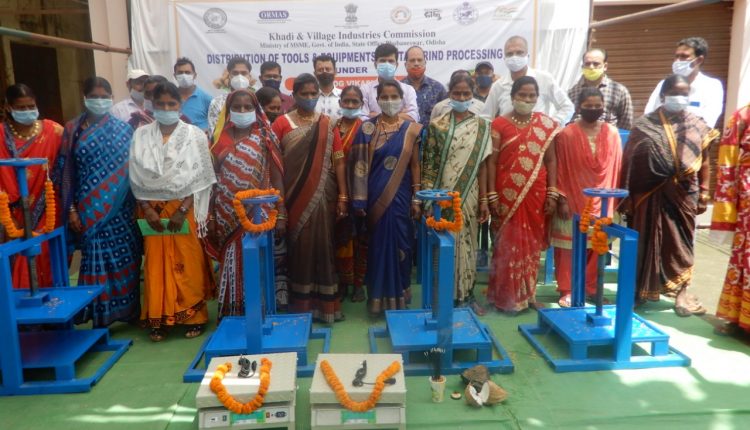 The machineries were handed over to poor artisans at a function organised by KVIC State Office at PD, DRDA Office here.