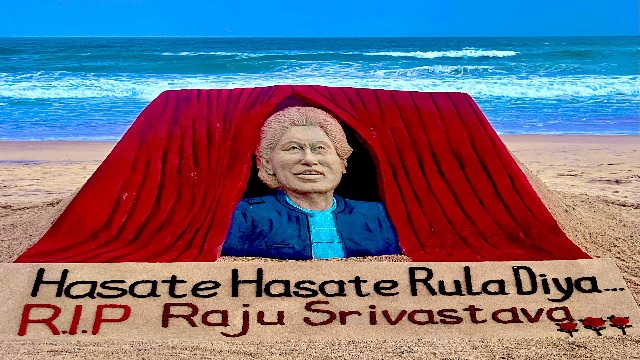 New Delhi: The last rites of actor-comedian Raju Srivastava will be held at Nigambodh Ghat in New Delhi at 10 am on Thursday. The 58-year-old comedian passed away at the All India Institute of Medical Sciences (AIIMS) here on Wednesday.

According to media reports, the comedian’s son Ayushman will perform his last rites.

Srivastava’s mortal remains were handed over to his family on Wednesday afternoon and was taken to his residence in Dwarka in Delhi.

The comedian was admitted to AIIMS after suffering a cardiac arrest while working out in the gym on August 10. He underwent an angioplasty the same day. The comedian had regained consciousness after being on ventilator for 15 days. However, he was put on ventilator again on September 1.

After battling for life for 41 days, he passed away on Wednesday.

Hasate Hasate Rula Diya…. You will live in the hearts of Millions. Tribute to comedy king #rajusrivastava #OmShanti.
My SandArt at Puri beach in Odisha. pic.twitter.com/ZTWI77jOIu

Sahoo created the sand art near the lighthouse in Puri. “The people of India are saddened on the demise of everyone’s favourite actor-comedian Raju Srivastava. As a tribute, remembering his comedy, I sculpted a sand statue of him. This sand sculpture is 15-feet wide and took about seven hours to create. About 10 tonnes of sand were used in it,” he said. The engraved message read, “Heartfelt Tribute to Raju Srivastava”. 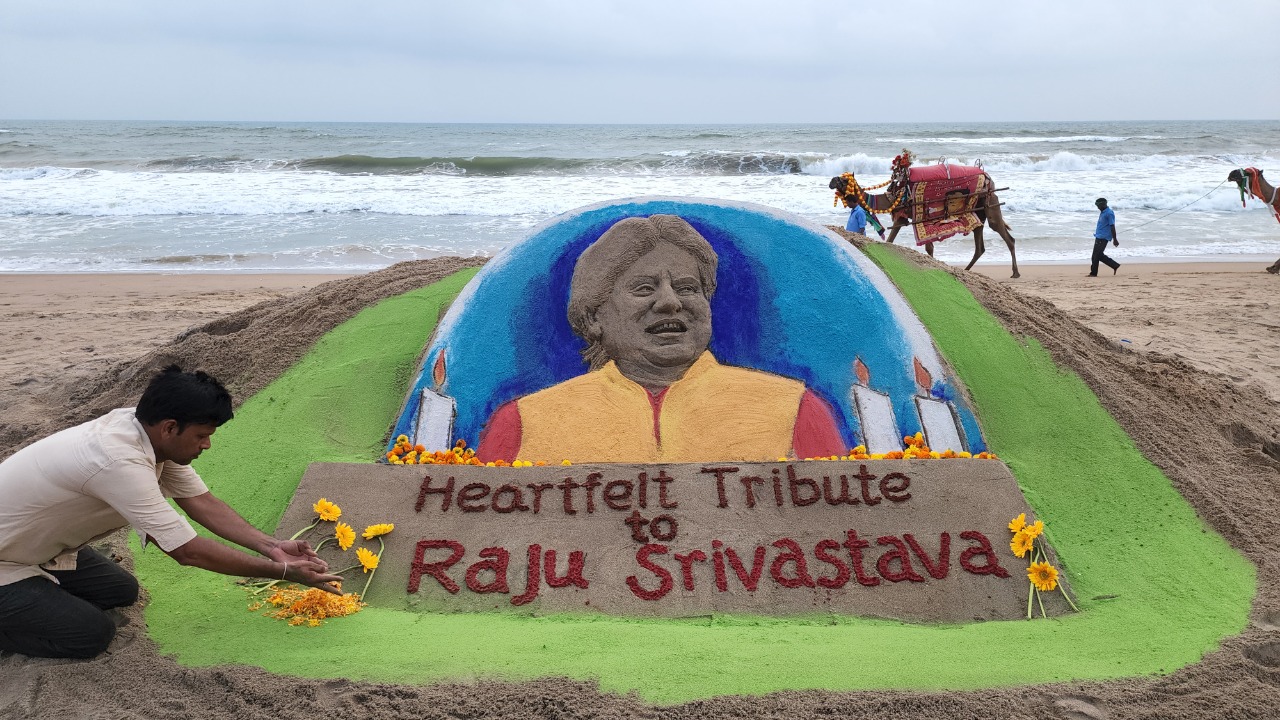