Bhubaneswar: The number of COVID-19 cases in Odisha rose to 55 on Monday with a 35-year-old man of Bomikhal in Bhubaneswar testing positive for the virus.

The Health and Family Welfare Department has revealed his travel history. The man had come in contact with four of his neighbours, who had earlier tested positive for the virus. He was asymptomatic and his swab samples were collected during the active surveillance in the containment zone. He was found positive for the infection on Monday. 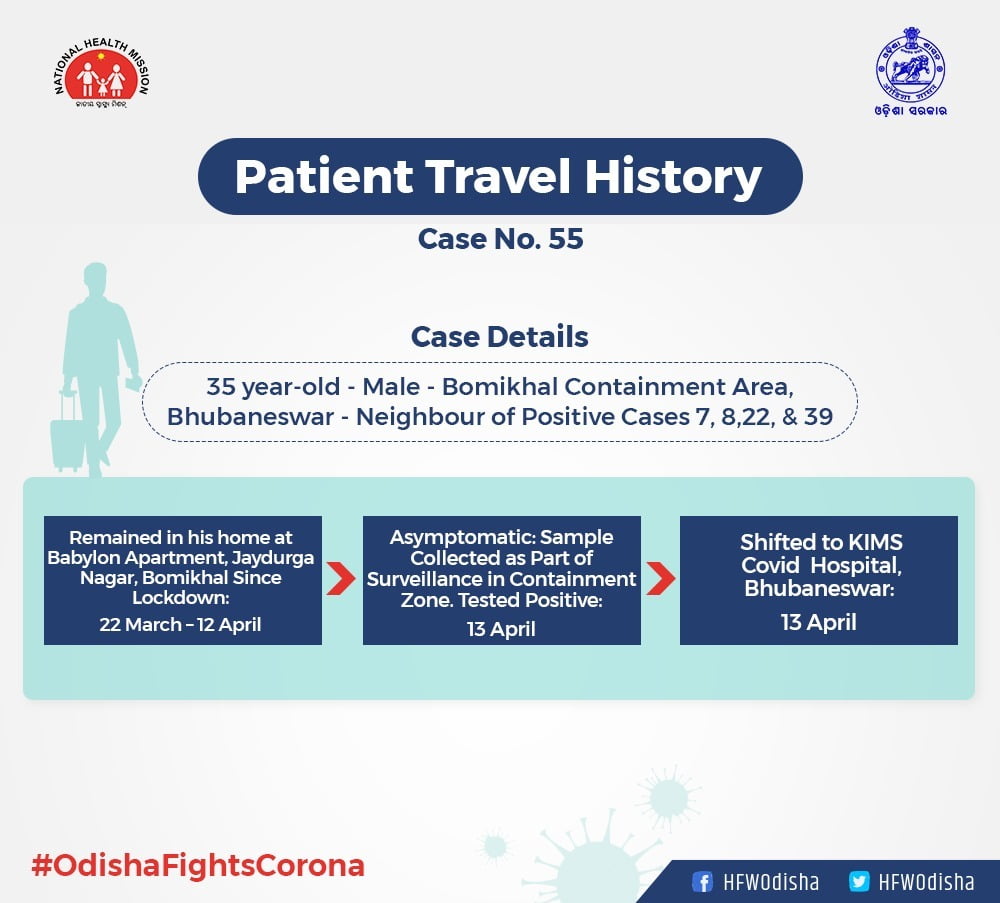 This is the 15th positive case from Bomikhal. Bhubaneswar now has 42 confirmed cases, including seven recoveries and one death.

COVID-19: No New Cases In 2 Weeks From 25 Districts With Record Of Positive Tests