‘Lawbreakers’ To Lawmakers: 42% Ministers In Modi Cabinet 2.0 Have Criminal Cases 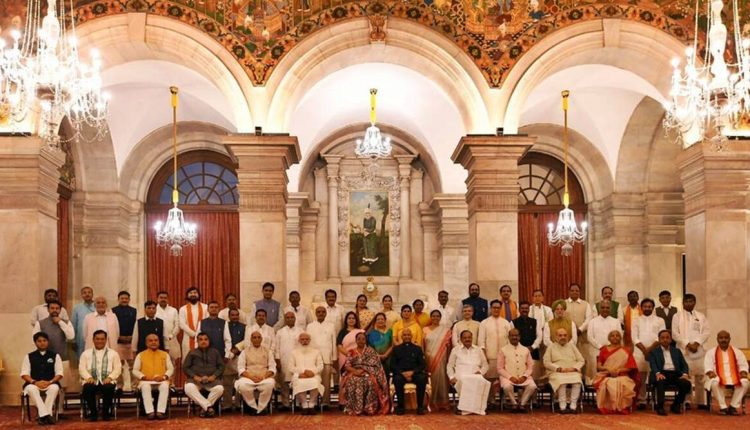 New Delhi: As many as 42% ministers in Prime Minister Narendra Modi’s new cabinet following the mega reshuffle have criminal cases registered against them.

This includes BJP MP from Mayurbhanj Bishweswar Tudu, who was inducted as the Minister of State for Tribal Affairs and Jal Shakti.

A criminal case was filed against Tudu at Morada police station in Mayurbhanj district in 2007. He was charged under IPC Sections 506 (criminal intimidation), 323 (voluntarily causing hurt), 294 (Obscene acts and songs), 353 (assault or criminal force to deter public servant from discharge of duty), 341 (wrongful restraint), 448 (house-trespass) and 34 (acts done by several persons in furtherance of common intention).

According to a report by election rights group Association for Democratic Reforms (ADR), 33 ministers (42%) in the new 78-member cabinet have declared criminal cases against them, Hindustan Times reported.

Of these, 24 ministers (31%) have declared ‘serious’ criminal cases that include murder, attempt to murder or robbery against them.

The ADR report was based on the election affidavits of the ministers.

The ADR report said 70 ministers (around 90%) are millionaires, i.e. they have declared total assets amounting to over Rs 10 million (one crore).

Of them, four ministers — Jyotiraditya Scindia (over Rs 379 crore), Piyush Goyal (over Rs 95 crore), Narayan Rane (over Rs 87 crore) and Rajeev Chandrasekhar (over Rs 64 crore) —have been categorised as ‘high asset ministers’ (declared assets worth more than Rs 50 crore).

The average worth of assets per minister has been found to be around Rs 16.24 crore, the report noted.

The cabinet ministers who have the lowest declared assets worth in the lot are Pratima Bhoumik from Tripura (over Rs 6 lakh), John Barla from West Bengal (over Rs 14 lakh), Kailash Choudhary from Rajasthan (over Rs 24 lakh), Bishweswar Tudu from Odisha (over Rs 27 lakh), and V Muraleedharan from Maharashtra (over Rs 27 lakh).