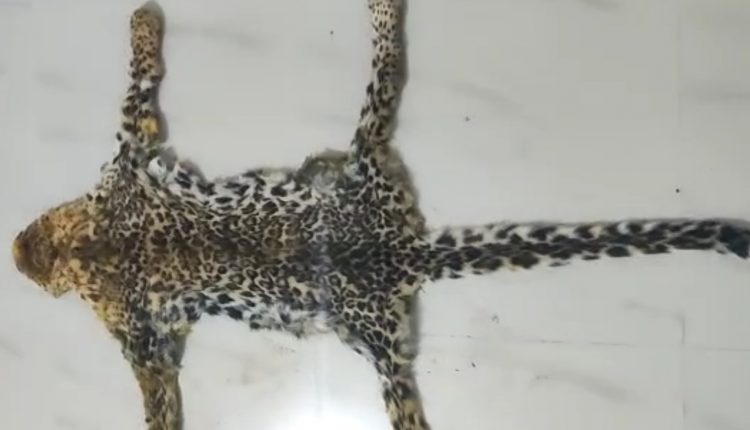 Bhawanipatna: STF personnel along with Forest officials have seized a leopard skin and detained one person in Odisha’s Kalahandi district.

On the basis of reliable information regarding dealing of wildlife products, a team of STF with the help of Bhawanipatna Forest officials of the district conducted raid near Satpur Chhak between Bhawanipatna and Rayagada state highway under Bhawanipatna Wildlife North Range on Thursday.

During the raid, wildlife criminal Kailash Majhi of Gunupur under Narla police limits of Kalahandi district was apprehended. During search, a leopard skin and other incriminating materials were recovered from his possession.

As the accused person could not produce any document in support of possession of the leopard skin, he was detained and handed over to Bhawanipatna Forest Officials for necessary legal action. Further investigation is on.