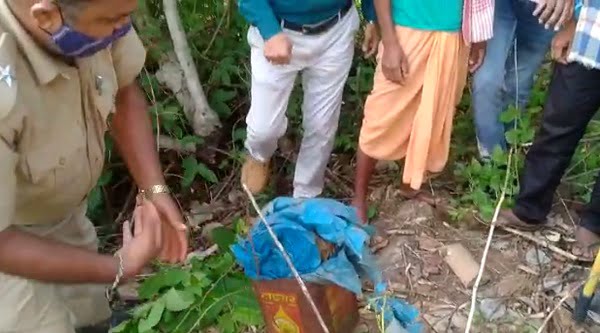 Phulbani: The Forest officials on Thursday arrested a poacher in Odisha’s Kandhamal district and seized leopard skin from his possession.

Acting on a tip-off that a deal was underway, the forest staff of Sudrukumpa range raided the area and arrested Kabi Chandra Kanhar of Kutibari village. A leopard skin, nine live bullets, gunpowder and one axe were seized from his possession.

They also recovered a country-made gun hidden by the poacher inside the forest.

The Forest officials said that the accused had killed the leopard on April 19. He was a habitual offender and had sold the skin of leopards after killing them in Sudrukumpa forest, they added.