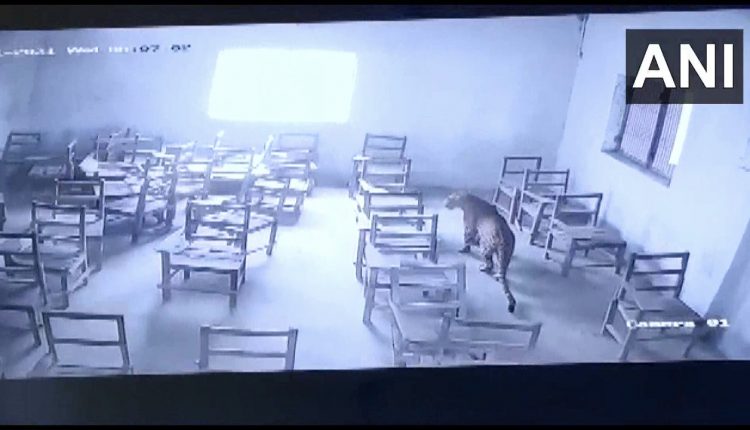 New Delhi:  In a bone-chilling incident on Wednesday,  a leopard strayed into a school in Uttar Pradesh’s Aligarh and attacked a student. It was later locked up in a classroom.

There was a huge commotion and a crowd gathered outside Chaudhary Nihal Singh Inter College as the staff waited for forest officers to take away the leopard.

“As I entered the classroom, I saw there was a leopard. The moment I turned away, the animal attacked and bit me on the arm and back,” Lucky Raj Singh, the student who was attacked by the animal, was quoted a saying by NDTV.

Lucky suffered minor injuries and is now out of the hospital.

“A leopard entered the campus as students were coming in this morning. A student was attacked by the animal. The injured child was rushed to a government hospital and provided treatment. He is now at home and is fine,” Yogesh Yadav, Principal, Chaudhary Nihal Singh Inter College, said.

The principal said the big cat was locked up and authorities informed.

380 Travellers Arrived In Odisha From Foreign Countries Since Omicron Was Detected; Govt Yet To Trace Them