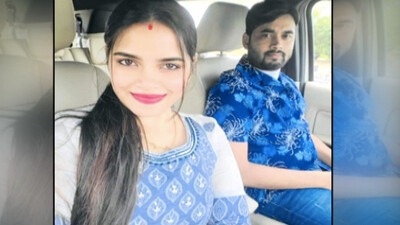 Bhubaneswar: Archana Nag and her husband Jagabandhu Chand, who have been arrested on charges of honey-trapping many influential people and extorting crores of rupees, may undergo a lie detection test.

According to sources, police, who are yet to seek their custody, may move the court for permission to conduct the polygraph test on the couple to elicit more information about their network and the huge assets accumulated in the last three or four years, besides names of people blackmailed by them.

A diary, reportedly containing names of people who were honey-trapped, has been recovered from Jagabandhu. The bank statements of Archana and her husband are also being verified and the transactions examined, the sources added.

Archana and Jagabandhu were arrested on October 6 and 21, respectively and are in judicial custody at Jharpada special jail here.

On Sunday, the jail authorities allowed Archana to meet her husband in the presence of the prison staff as the latter had undergone neck surgery and she wanted to enquire about his health.

Meanwhile, the BJP is planning to lay a siege to Naveen Niwas, chief minister Naveen Patnaik’s residence, on October 31 in protest against alleged police inaction in the honey-trap case.