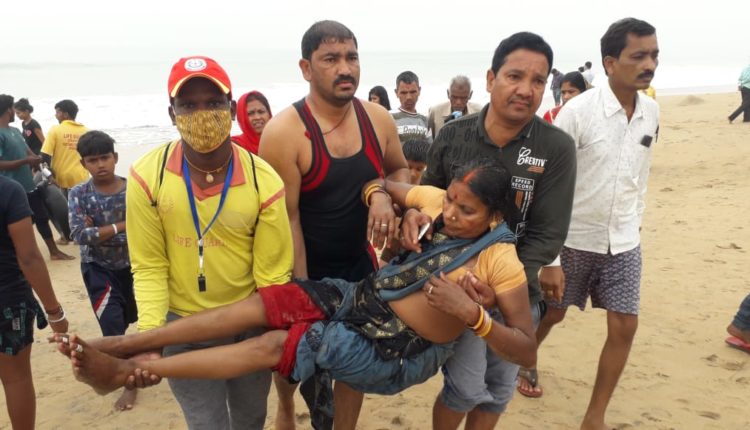 Puri: Two tourists had a narrow escape when lifeguards pulled them out of the sea after they were carried afar by a large wave at Puri beach on Wednesday.

The tourists, identified as Agni Sahoo and Durga Charan Singh, are from Chhattisgarh.

According to witnesses, the duo was taking a bath and ventured a little too deep into the sea when a high wave hit them. They lost balance and were in danger of being swallowed by the sea.

However, alert lifeguards sprung into action and saved them. They were taken to a hospital in Puri immediately.

Their health condition is said to be stable.

People In India Can’t Choose Their Brand Of Vaccine: Govt

Odisha Governor Lays Stone For Renovation Of Raj Bhavan In…