‘Life’s Little Tales’, A Collection Of Essays Invoking Mahabharata To Ruminate On Life

Dr. Rajnath Bhat, Retired Professor of Linguistics, BHU, Varanasi writes about how B.N.Patnaik, the author of 'Life's Little Tales' has decoded Sarala Mahabharata to author a collection of 21 philosophical essays. 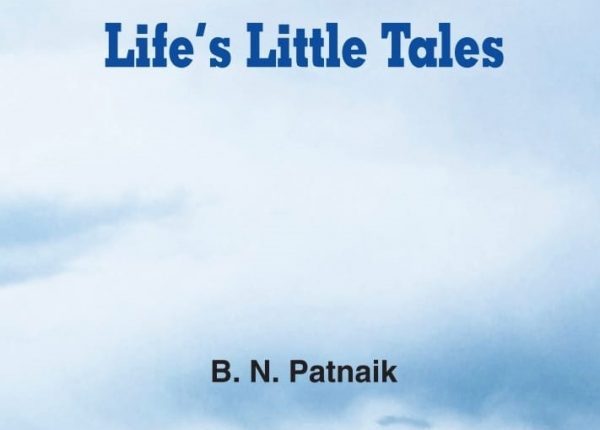 Life’s Little Tales by B N Patnaik is a collection of twenty-one essays with titles ranging from the great Mahābhārata War, Bhuta and the delicious Dosa to Linguistics and the sweet Rasogola. Sarala Das, a living legend in Odia literature, is the author of Mahābhārata, which is popularly known as “Sarala Mahabharata.”

After the Great War, the Pandavas spent a significant part of their lives in Odisha, where Yudhishthira married an Odia girl named Suhāni. Yudhishthira ascended to heaven while his brothers and Draupadi fell down on the Himalayan Mountains one by one. Yudhishthira met Suhani in heaven along with several Kurus who had fallen in the Mahābhārata War, but there is no mention in Sarala Mahabharata of the eldest Kuru Dhritrāshtra!

In the essay “In Need of a Closure: The Story of Dhritarashtra, Patnaik ruminates on this. Life’s Little Tales can be read at three levels: autobiographical, decisive, and philosophical. Patnaik has employed a clever strategy to describe his childhood and youth by titling the chapters with the names of eatables like Rasogola and Dosa, and frightening entities like Bhuta. Dosa has now become a native term in Odia.

One learns about his childhood experience as well as his adulthood realisations from these essays. The memory of a six-year-old village lad and his longing for ‘khirmohan’ is noteworthy. The chapter titled CIEFL describes the making of a generative linguist in Patnaik in the hands of some eminent scholar-teachers at CIEFL (now EFLU).

Professor Patnaik was a teacher of English literature in a Government college in Odisha. The training at CIEFL enabled him to shift to the prestigious IIT, Kanpur where he rose to be the Professor of Linguistics and English and an internationally known scholar of Linguistics. He did some pioneering research on Odia syntax. After his retirement from IIT, Kanpur, he immersed himself very deeply into Sarala’s Odia version of Mahābhārata and several other classical Odia texts including Balarāma Dās’s Lakshmi Purana-an original puranic work in Odia.

He critiques the Mahābhārata on several counts. For instance, why is Vidur’s silence not considered sinful when he knew that the Pandavas had survived in the lākhshagriha fire? The five Vasu brothers and their mother burnt to death in the lākhshagriha fire and the Pandavas and Kunti survived but nothing even by way of sympathy is uttered about the unfortunate death of the Vasus. Arjuna killed the unarmed
Karan and the unarmed Jayadrath. None of these is a moral act. Krishna invisibly uses his ‘sudarshan chakra’ (discus) to destroy Bhishma’s unanswerable arrow directed at Arjuna.

“Sarala wanted his present and future audiences to understand that the Avatara had come to the mortal world with a cosmic purpose”, comments the Professor. Among his decisive essays are the ones that are of great relevance to the students of Linguistics where he
demonstrates the importance of euphemistic language, polite and impolite language, language endangerment and language death.

Patnaik is so deeply involved with Mahābhārata that he invokes characters from it to mark his philosophical essays too. In ‘Facing Death’ he compares Parikshita with Jayadrath. The book is a ‘smriti’ in the old Indian tradition. It can encourage and guide young authors to write Smritis in Indian languages for the benefit of posterity.

Kangana Ranaut Does ‘A Balancing Act’ During Recee For…

‘The Fanged Waters,’ A Gripping Tale Of River Baitarani’s Fury Seen From…

Odisha’s ‘Mehentars’ Get A Face & Voice In Gopinath…