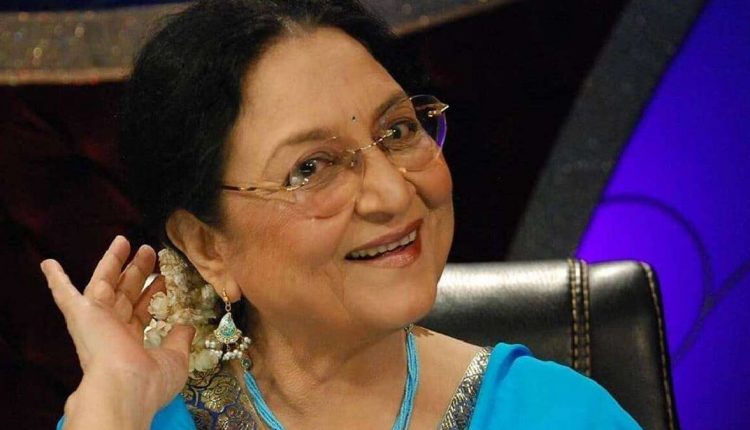 New Delhi: Veteran actor Tabassum, who worked extensively as a child artist and then shot to fame as the host of the first TV talk show of Indian television, ‘Phool Khile Hain Gulshan Gulshan’ on Doordarshan, died on Friday. She was 78.

“A few days ago, she was admitted to a hospital. She had gastro problem and we went there for check-up. She suffered two cardiac attacks at 8.40 pm and 8.42 pm. She passed away peacefully on Friday night,” her son Hoshang Govil told news agency PTI.

An Indianexpress.com report also quoted him as saying, “She was absolutely healthy. We shot for our show 10 days ago. And were about to shoot again next week. It happened all of a sudden.”

Madhur Bhandarkar said on Twitter, “Sad to hear the demise of veteran actress & anchor Tabassum ji. As a kid we used to watch her famous show on @DDNational Phool Khile Hain Gulshan Gulshan. My heartfelt condolences to her Family Members & Admirers. #OmShanti.”

Tabassum started working in films as a child artist in 1947 and was known as Baby Tabassum. She started in the industry with films like Nargis, Mera Suhaag, Manjhdhar and Bari Behen in the late 1940s. She even played Meena Kumari’s childhood avatar in 1952 film Baiju Bawra and also had a role in Mughal-e-Azam. She later featured as an adult in films like Chameli Ki Shaadi (1986), Naache Mayuri (1986), Sur Sangam (1985), Gambler (1971).

She also went on to host the celebrity talk show Phool Khile Hain Gulshan Gulshan from 1972 to 1993 on Doordarshan. She made her television comeback in 2006 with Rajshri Productions’ show ‘Pyaar Ke Do Naam: Ek Raadha, Ek Shyaam’. She was also the editor of the Hindi magazine, Grihalaxmi.

‘Life’s Little Tales’, A Collection Of Essays Invoking Mahabharata To Ruminate On Life