Lightning Kills One, Injures Another In Odisha’s Ganjam 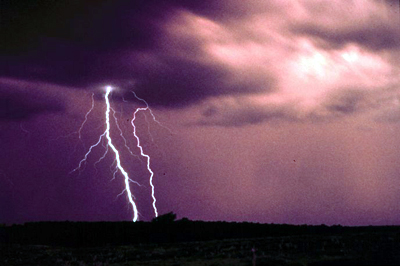 Berhampur: A youth was killed and another seriously injured after being struck by lightning at Chamunda village under Jagannathpur police limits, in Odisha’s Ganjam district on Sunday evening.

According to reports, Rama Chandra Gouda (32) and Sunil Kumar Rout of the village had gone to collect cashew from their farm on the outskirts of the village on Sunday afternoon when lightning struck them.

While Rama Chandra died on the spot, Sunil was admitted to the government hospital in Bhanjanagar and later shifted to MKCG Medical College and Hospital in Berhampur.

Briefing the media, IIC of Jagannathpur police station Yubaraj Swain said that the body will be handed over to family members after the post-mortem.