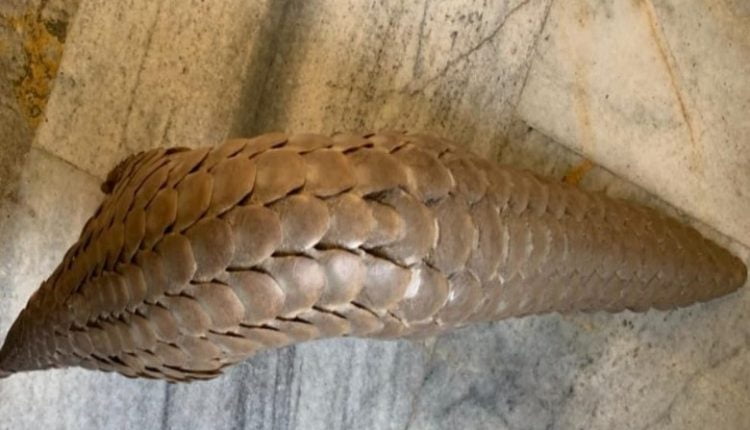 Bargarh: A joint team of STF personnel and Forest officials seized a live pangolin from the house of a villager in the district on Tuesday.

Acting on reliable information, the team conducted raid on the house of Jagat Thela in Negipalli village under Bheden police station. During the search of the house, they seized the live pangolin and other incriminating materials from the possession of Jagat.

As Jagat could not produce any document for possession of the pangolin, he was detained and later, handed over to Baragarh Forest officials for legal action. The live pangolin was handed over to DFO, Baragarh for safe custody. Further investigation is on.

During its special drive against wildlife criminals and poachers since 2020, the STF has seized 22 leopard skins, 12 elephant tasks, 7 deer skins, 9 live pangolins and 15 kg of pangolin scales. As many as 52 wildlife criminals have been arrested during the period, according to an official release.

Experts Carry Out Bird Census At Chilika In Odisha