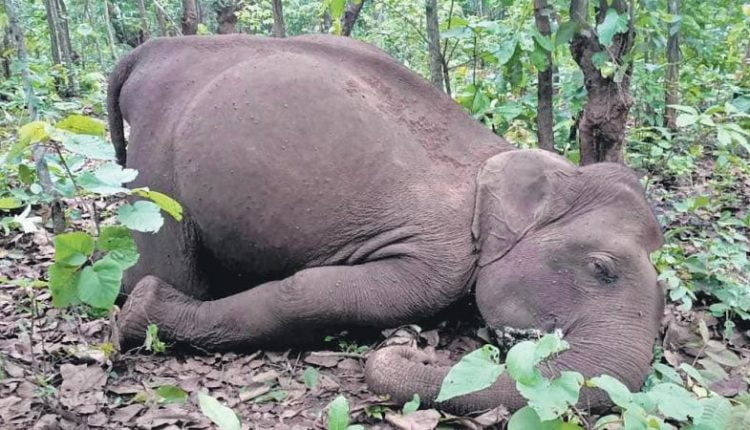 Keonjhar: A day after carcasses of two elephants were found in Champua range in Keonjhar district, APCCF Sashi Paul on Monday confirmed that the two elephants died after getting stuck in a live wire trap laid for poaching.

The two elephants, a male and female, were found in a decomposed state in Gurubeda under the Baitarani B reserve forest. Locals first spotted the carcasses and informed the forest officials. The female was about 22-years-old while the male was 20.

Since one of the tusks of the male pachyderm was missing, forest officials had suspected it to be a case of poaching. The female is believed to have died a week back while the decomposition state of the male suggested that it had died around three days back.

About a month back, two elephants were found dead in the district.