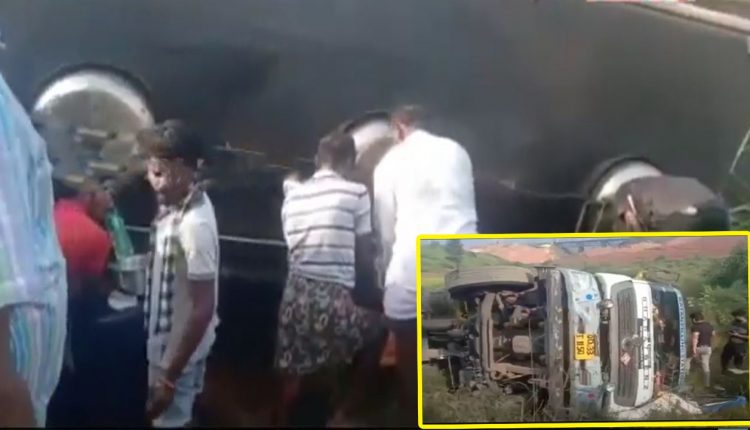 Koraput: A diesel tanker reportedly overturned near a village on a hilly road in Odisha’s Koraput district, prompting a large number of locals to rush to the site and collect the oil.

According to reports, the accident proved to be an opportunity to collect diesel for the passers-by and people staying in nearby villages. Within minutes, scores of people carrying storage containers of different sizes were seen in a video rushing to the site.

As diesel was freely available to collect with no one to stop, many turned up to have a share. Within minutes the truck was robbed of diesel after the news of the tanker leaking fuel on the roadside spread like a wildfire.

Scores of people were caught on camera collecting the fuel in containers that ranged from huge cans, jars and buckets, to even polythene bags.

No one was reported to have been injured in the mishap. The circumstances that led to the accident is yet to be ascertained.