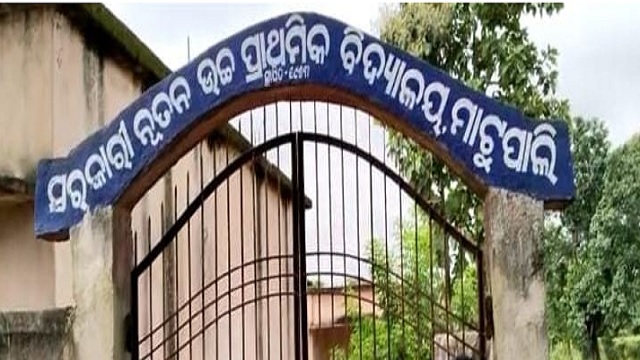 Balangir: After a video of two drunk teachers allegedly behaving inappropriately in Matupalli village under Deogaon block of Odisha’s Balangir district went viral over the internet, the enraged locals staged a protest and locked up the government school on Thursday.

The video shows the headmaster of Matupalli Upper Primary School, Jayadev Bisi dozed off placing his legs on the table in an inebriated condition along with another teacher from Dumerpita village on Wednesday. He also urinated on the school verandah and abused students in abusive language.

Besides alleging misbehaviour by the headmaster, the students alleged that there is no provision for a toilet in the school due to which they are forced to go outside to attend nature’s call.

The incident has triggered outrage among parents and guardians raising serious concerns about the way the government school is run. “Both my children go to Matupalli UP school which is being completely mismanaged. The headmaster being absent is a regular affair here and his recent misbehaviour is unacceptable. We don’t want such teachers for our children. He should be dismissed immediately,” said one of the parents Debanand Puta.